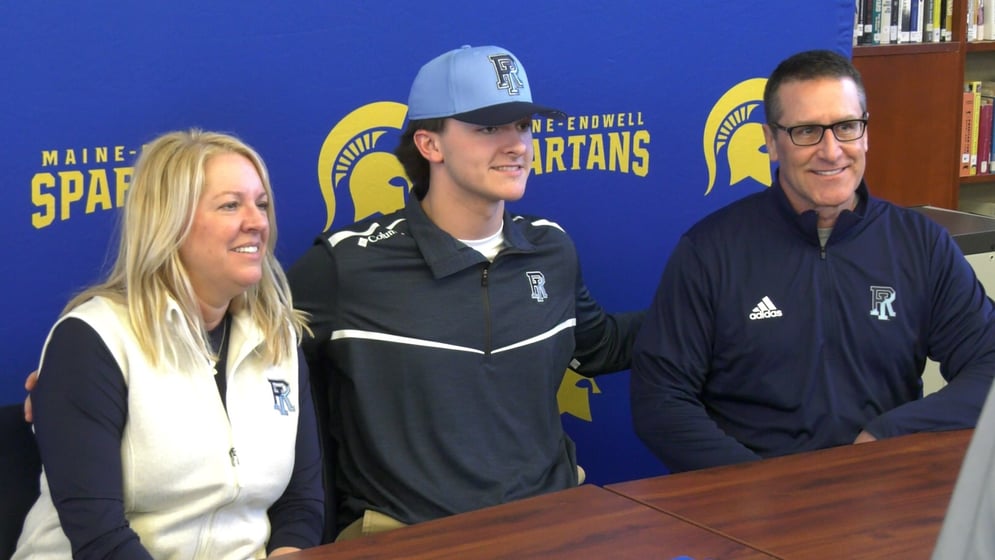 Another member of Maine-Endwell's 2016 Little League World Series Championship Team has committed to playing baseball at the Division I level.

Maine-Endwell senior Jack Hopko signed his National Letter of Intent to play baseball for the University of Rhode Island. Hopko’s list of accomplishments on the diamond extends far beyond the Little League World Series. A member of the Spartans 2021 Section IV Championship team and 2019 New York State Class A runner-up, Hopko was named a pre-season All-American by Rawlings and Perfect Game in 2021. Along with being named to the USA Baseball National Team Identification Series in 2019, he was ranked the top first base and corner outfield prospect in New York State by Prep Baseball Report. Hopko is also a member of the Spartans football and basketball teams. He says the Rams coaching staff played a big role in his decision.

“The first time I got on the phone with those guys it was during COVID-19 so it was obviously tough to develop relationships with coaches and campuses,” says Hopko. “But in that first Zoom call I kind of knew those were the guys I wanted to play for. They made me feel accepted and part of the team right off the bat.”

Off the field Hopko is a member of the National Honor Society, the Youth Mentor Academic Tutor Program and SADD Club. He will be majoring in Business Administration at Rhode Island.