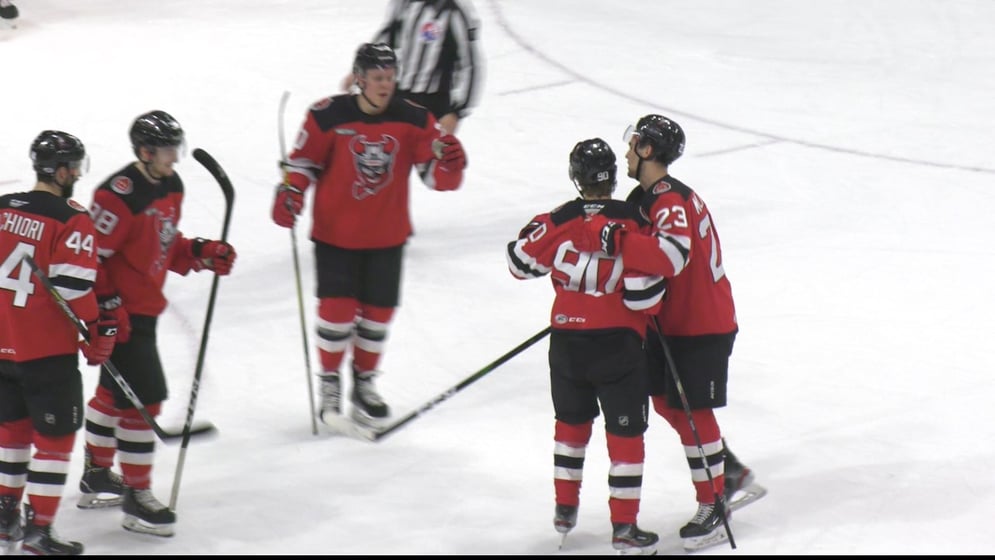 2020 is a year we’ll never forget and sports fans hope to never see another year like it. While normally at this time I'd highlight the best local sports moments from the past year, the fact is there just wasn’t enough to do that this year. So instead I’m going to run you through the timeline of the biggest moments in Greater Binghamton Sports in 2020.

Things started off hot in January 2020. On January 15th with a 5-2 win over the Cleveland Monsters at home, the Binghamton Devils extended their franchise record win streak, and the longest active in the AHL to 8 games.

Fast forward a couple months to March 11th which will be a day in sports history nobody will forget. That day the Devils, now on another win streak, extended it to 7 games and sit in a playoff spot poised to end Binghamton’s playoff drought that dates back to 2014. Also that day the Maine-Endwell girls and Johnson City boys basketball teams each won their playoff game to advance to the state quarterfinals. Shortly after those games ended, it was announced that the NBA season would be put on hold due to the Coronavirus. Within 24 hours of that decision the entire sports world was effectively shut down.

The next few months was a flurry of cancellations.

March 12th the AHL suspends play and the MILB pushes back the start of the season.

March 23rd high school winter sports championships were cancelled. Binghamton and Johnson City boys and Maine Endwell girls basketball would not get to finish their runs.

April 24th the Eastern League All-Star game scheduled to be played in Binghamton was cancelled.

May 11th the AHL officially cancelled the remainder of their season.

June 30th the MILB cancelled their season, which could have meant that we had already seen the last Binghamton Rumble Ponies game.

July 16th the start of school sports is pushed back and all fall sports state championships are cancelled.

November 10th we get some great news. During Steve Cohen’s introductory press conference as the New York Mets owner, team President Sandy Alderson Announces that the Mets would be maintaining the Binghamton Rumble Ponies as an affiliate. A roughly year long battle to keep the team in Binghamton after they were due to lose their affiliation was finally won.

November 17th, the start of high school winter sports is delayed to January 4th. At this point all three seasons of high school sports are scheduled to be played between January and June 2021.

On December 2nd we had the first sporting event in the Southern Tier since March 11th, as the Binghamton University women’s basketball team began their 2020-2021 season while the men did the same on December 5th.

And that brings us to today. It was a rough year for many people and a brutal year for sports but we still had a few bright spots on the timeline to look back on. Here’s to a 2021 filled with sports.