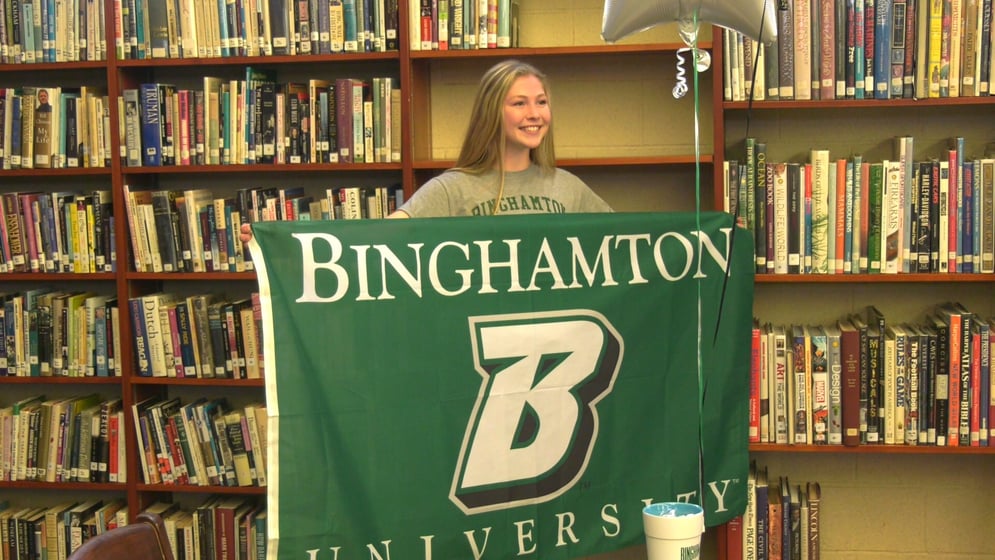 Maine-Endwell senior Emma Colling signed her National Letter of Intent to play soccer for Binghamton University. Colling helped lead the Spartans to a STAC Co-Championship this season. She also was awarded a spot on the Olympic Development Program Region 1 team and was a part of the B.C United team that won 5 state cups, 4 regional championships and 3 national showings. Colling says being able to play soccer as a Bearcat has long been a dream of hers.

Emma Colling says "Actually in 8th grade they told me to make a list of my top 10 schools and Binghamton was my number one so I'm at my number one," says Colling. "The first thing my grandma said to me when i told her is oh my gosh i can come to your games. so it's a really big part of me."

Colling will be majoring in Biology and is interested in becoming a Dietitian.