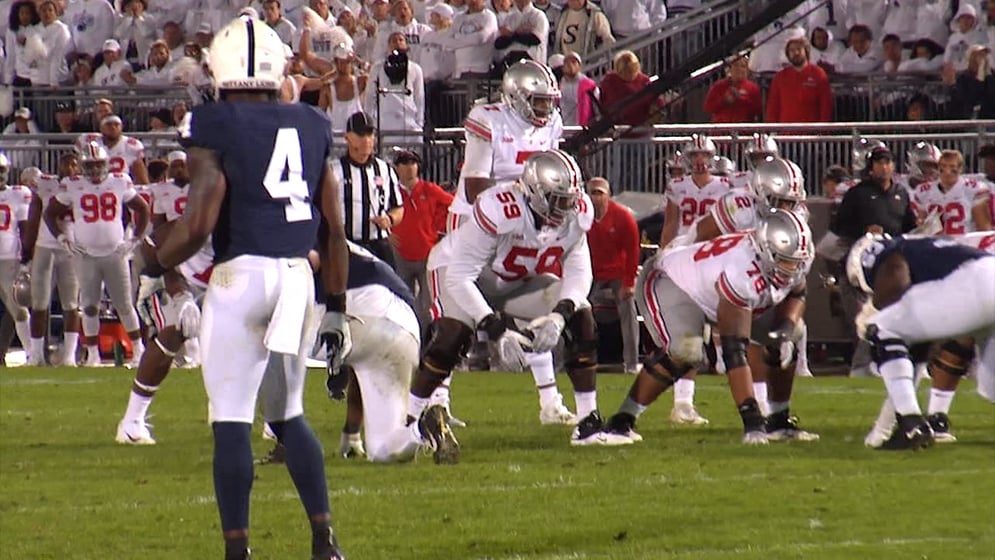 Columbus, Ohio - After a historic season for Ohio State's quarterback Dwayne Haskins, he's ready to take the next step. The third-year sophomore declared for the 2019 NFL draft on Monday morning. Haskins expressed his gratitude on twitter, thanking Ohio State for "everything." "You have made this experience a blessing. I had dreams of playing at Ohio State since the age of 10 years old" wrote Haskins.

Some may say he simply isn't ready after playing just one year in college, however, he broke almost every Ohio State and Big Ten passing records, throwing for a nation-leading 50 touchdowns. The twenty-one year old finished third in Heisman Trophy voting behind Oklahoma's Kyler Murray and Alabama's Tua Tagovailoa.

The question however, where do we see him landing? Haskins is projected as the first quarterback to be taken in the draft, especially after Oregon's Justin Herbert decided to stay in school for his senior season. The New York Giants have the 6th overall pick and the five teams in front of them are in no desperate need for a quarterback. The New Jersey native has expressed that he's been a New York Giants fan for a very long time. Born and raised in Highland Park, New Jersey, just about 35 miles away from MetLife Stadium.

According to northjersey.com Haskins stated, "Big Giants fan, went to all of Amani Toomer's camps growing up. Tiki Barber, Eli Manning, Jeremy Shockey, Antonio Pierce, Osi Umenyiora, Michael Strahan - I can go on and on," Haskins said. "But, I definitely was a big Giants fan growing up. Loved watching them, and seeing Saquon [Barkley], how well he's playing, I'm close friends with him, known him since I was a sophomore in high school, and it's been really cool watching him playing."

However, the Giants organization have not been completely clear with what they want to do with Eli Manning being in the final season of his current contract. Should they draft Haskins, keep Manning their starter and have the young quarterback learn from the two-time Super Bowl MVP? I guess we'll just have to wait until Thursday, April 25.