The Conklin Castle: Home To A Cast Of Characters

Arguably one of the most unique landmarks in Broome County, it's hard to drive down Conklin Road without wondering what's up with that big, white castle. The Conklin Town Hall, Conklin Castle, or the Corby House, has been here for over 100 years and it still stands out.

The structure was built in 1900 by Alpheus Corby, a farmer and artist, and a bit eccentric. He was not one to conform, especially when it came to his house.

“He wanted to make a statement with his house,” says Smith. 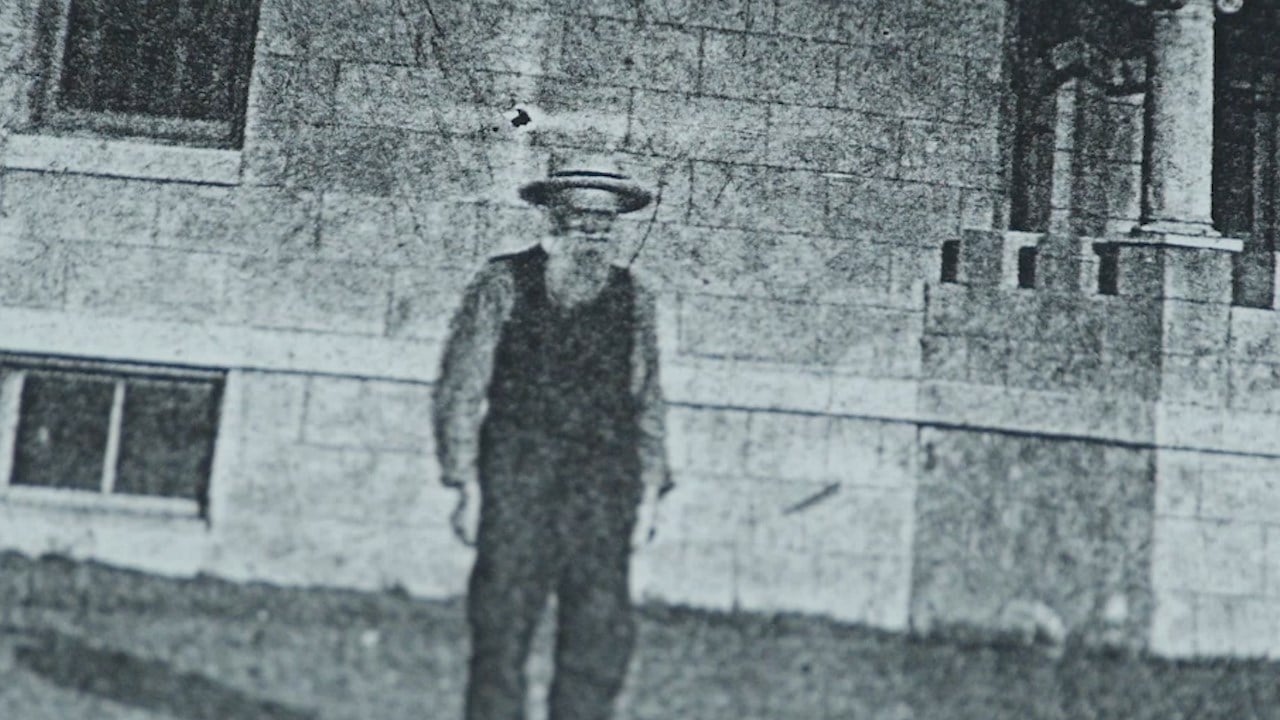 Historians believe this is Alpheus Corby, standing in front of the porch of the Conklin Castle.

Corby was inspired by a recent trip to England to visit relatives.

“He and his wife Anna, they became enamored with the castles of Europe," says Conklin Town Clerk Sherrie Jacobs, “So he built a castle for his wife when he came back to Conklin.” 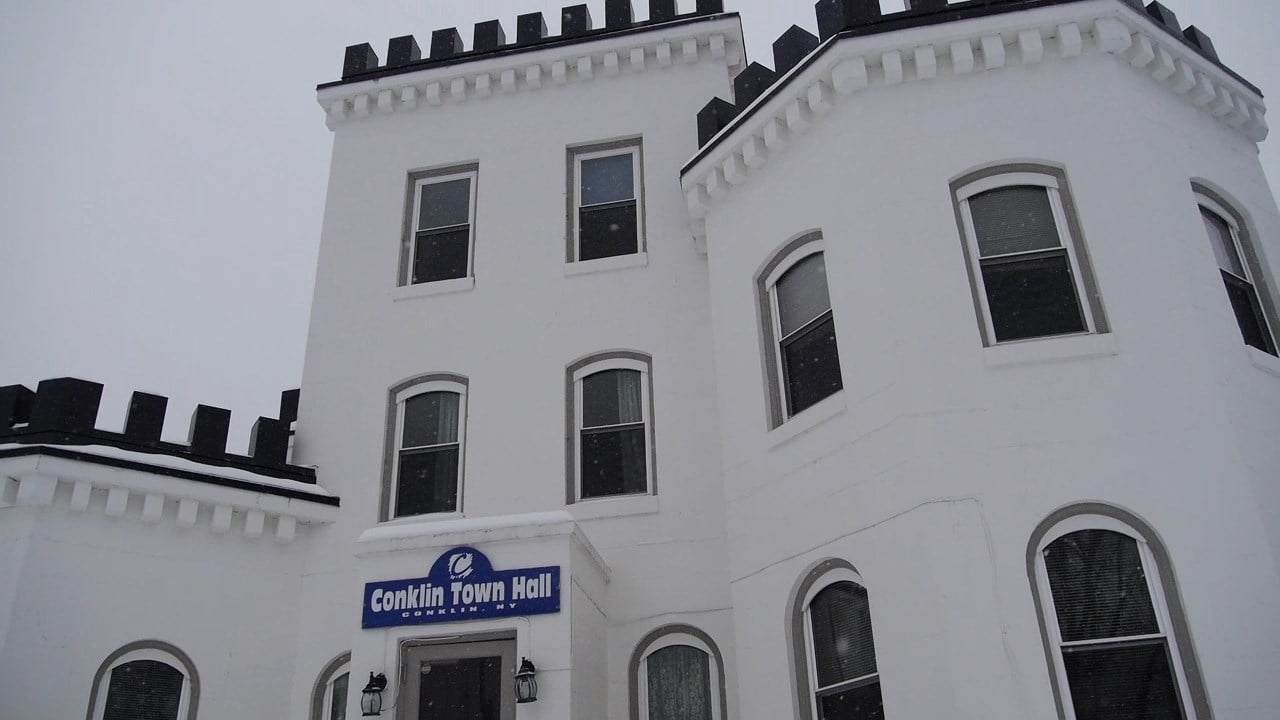 Corby built his castle in 1900, inspired by a recent trip to England with his wife, Anna.

Unfortunately, the Corbys did not enjoy their castle for very long. Both died by 1918, but the castle went on to house the undead, or so it's said. In the 1920s, a woman named Carol McKinstry turned the castle into a spiritualist church called the Valentino Memorial Church of Psychic Fellowship. McKinstry claimed that the late silent film star Rudolph Valentino came to visit her every night. During that 2 hour visit, he would dictate a film script for a movie he wanted McKinstry to produce. She left for Hollywood, trying to peddle the 80,000 page screenplay.

"Nobody bought her story about Rudolph Valentino living in a castle in little Conklin," says Jacobs. 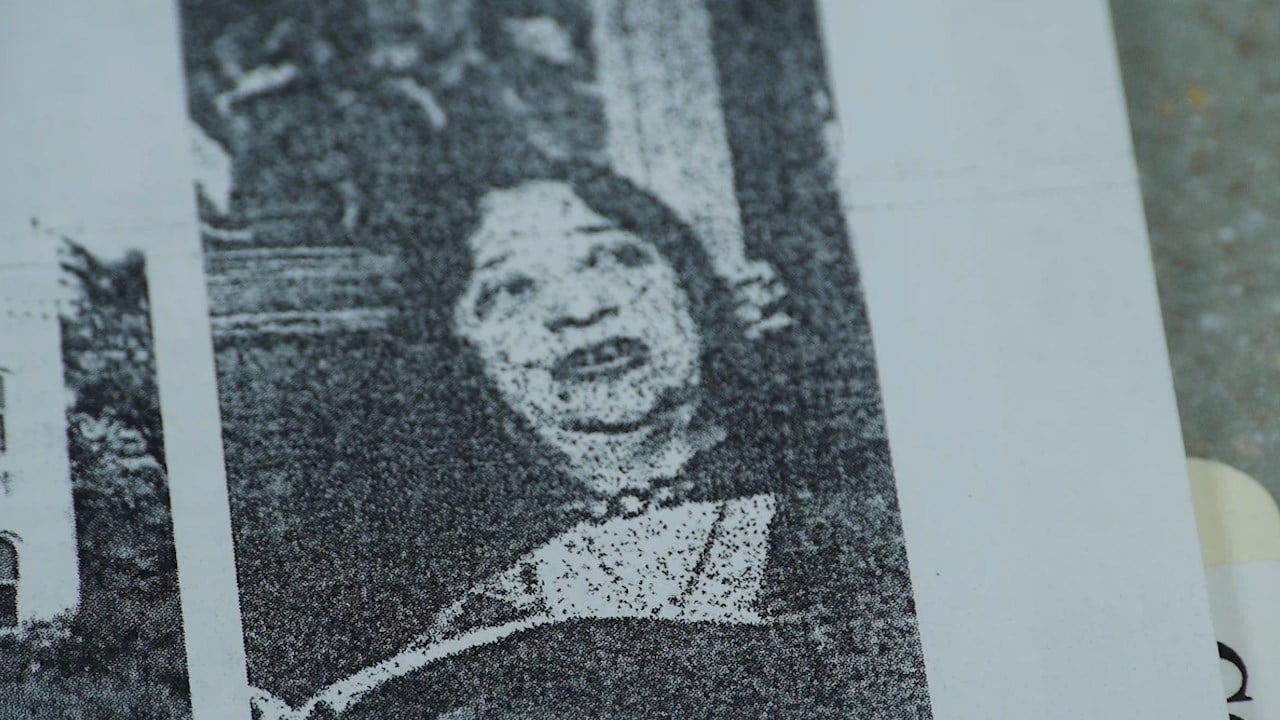 Carol McKinstry opened the Valentino Memorial Church of Psychic Fellowship in the castle in the 1920s.

McKinstry never came back to Conklin and died in the 1950s. The movie was never made and the castle moved on to yet another phase. It fell into the hands of none other than George F Johnson, who used it for his latest charitable venture. Johnson turned it into a home for disadvantaged youth.

"I think it was a noble experiment trying to bring disadvantaged kids out into the country, have them put in a nice social setting, give them opportunities," says Smith.

The children's home never really took off, only lasting two years. In 1944, Johnson turned the building over to the town.

"With the stipulation that it’s always available to use for the community," says Jacobs.

Today, multiple organizations use the castle for meeting space. The town is looking for ways to preserve the landmark, which has been placed on both the state and national historic registries.

“Our long-term dream would be to restore it to what it was when it was a home,” says Jacobs, who is also part of the town's historical society, “Unfortunately, we’ve had two devastating floods, that have just taken the financial resources and time and effort to rebuild the rest of the infrastructure.”

With many more emergent repairs to make after the 2006 and 2011 floods, the building hasn't been a priority. Now, the town is in the process of applying for grants, hoping to restore Corby's castle to its former glory.