Castle On The Hill: Behind Locked Doors

Sitting high above Binghamton, the Castle on the Hill, or old Binghamton State Hospital is still an imposing sight to outsiders. Closed to the public since 1993, Fox 40 took cameras inside for the first time in over 24 years.

Growing up in the Binghamton area, I have always been intrigued with the old asylum. When newsroom discussions came around to the possibility of taking a closer look into the building's history, I jumped at the chance. But would we be able to get a crew inside? Owned by the New York State Office of Mental Health, the castle is heavily guarded. Going through the right channels to gain access took several weeks, but finally the "OK" came through. We were on our way up the hill.

Meeting a security officer in the parking lot, cameras and tripods in tow, we passed through a 6-foot-tall chain link fence, climbed the weathered stone stairs, and waited while the officer unlocked the massive wooden door. 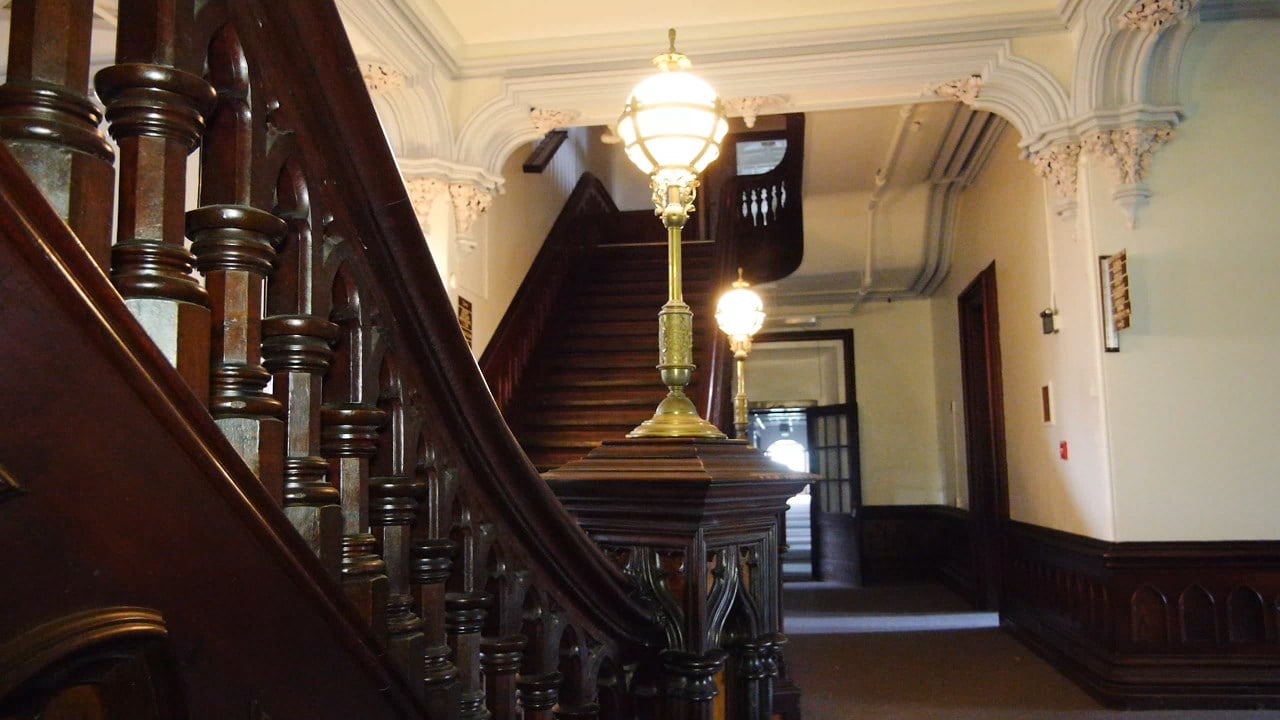 Originally told our tour would be limited to the lobby of the building, I was worried we wouldn't be able to get nearly enough footage, after all, how big or impressive can a lobby be? Swinging the door open however, it was clear that I had underestimated that intricate double grand staircase, the only part of the interior I had ever seen pictures of. Lit with antique lamps, the lobby, or what I would learn is actually called the "transept," of the castle looks more like a grand ballroom than the entrance to a hospital. On either side of the staircase, patient wards extend for what looks like infinity, a haunting look into the building's past uses.

Built in 1858, the castle originally served as the country's first inebriate asylum. Founder J. Edward Turner belonged to a school of thought that alcoholism wasn't just a vice, but could be cured medically.

“And maybe people could be cured of alcoholism if they were put in the right environment," says historian Roger Luther.

The well-lit rooms and extensive grounds are an important marker in New York State's view of addiction. The asylum was the first of its kind in the country, but only served its original purpose for 15 years, at which point Turner's inebriate asylum was converted into a hospital for the chronically insane. By 1890, it was renamed the Binghamton State Hospital.

“Before then, people that were labeled as insane were housed in poor farms and jails in terrible conditions," says Luther.

Exceeding our expectation of only being able to film the transept, we were also taken into rooms stemming off of the main entryway, the security officer never leaving our side. Following the steps patients would have taken upon checking into the hospital, we passed through a narrow doorway into the director's office. All woodwork from top to bottom, that office was once the scene of an attempted murder. In the 1950s a disgruntled employee brought a shotgun into a staff meeting. Both the director and another staff member were shot before the employee fled the scene.

Now really getting into this trip through history, the security officer called up his boss to get permission to take us to the second and third floors. He got the go-ahead, but under the condition that we leave our cameras behind. The portion of the staircase out of view of the lobby is caged in, a tactic to prevent suicide, according to the officer. The second floor housed a library, while the third provided a place of worship. The chapel ceilings extend into the rafters. Now an empty space, Luther says pews would have once faced the raised pulpit, but when the hospital reached its fullest capacity, those were removed and replaced with additional beds.

Concluding our tour, we went out the back door and circled to the front of the building, to take in the impressive Castle on the Hill one last time before packing up our gear. Designated as a National Historic Landmark, the only one in Broome County, the castle is truly a treasure of the Southern Tier.