Bail Reform In Effect: What's Going On In Broome County? 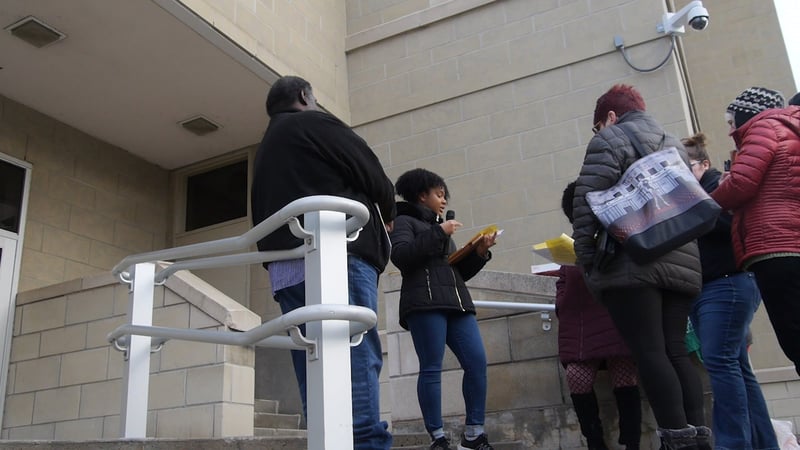 The new criminal justice reforms have been in effect in New York State since January 1st. That legislation signed into law by Governor Andrew Cuomo last year includes the cashless bail system. On Wednesday morning, supporters of the bail reform gathered at the Broome County courthouse to see for themselves if it's being implemented correctly.

"We just want to hold the courts accountable," says Emily Prudent, a member of Citizen's Action.

Citizen's Action is one of several groups who do a routine "court watch." Volunteers sit in courtrooms and take notes on the procedures and if they're being done properly. Wednesday morning it was all about checking on how the court was handling the bail reform.

The new laws limit the use of cash bail. Defendants whose charges fall in the non-violent category are released from jail with no cash bail required. Prudent says this makes the system more fair for individuals who may have committed less serious misdemeanors, but end up sitting in jail awaiting their next court appearance because they couldn't come up with the cash to get out.

"Like people who get arrested for shoplifting or just like little things and they have to post cash bail. Not everyone has it. So that's why the bail reform is here. It's here to help people," says Prudent.

Broome County Sheriff David Harder tells Fox 40 around 300 individuals have been released under this new law since November. That's when the county started adhering to the new procedure, even though it didn't officially go into effect until January 1st.

Harder and Broome County District Attorney Michael Korchak say this was to keep up so that they weren't processing hundreds of people on New Year's.

While the community activism groups are in support of the new laws, Korchak has concerns.

This is one of several reasons DAs and law enforcement across the state are calling for amendments to be made to the laws.

The criminal justice reforms as a whole also mandate shorter discovery times in which prosecutors need to get evidence to defense attorneys. Korchak says this includes any cases that were started last year and that his staff is working overtime, with no overtime in the budget, to get all the documents secured in the 15 day timeline provided.

He's also concerned about witness safety. Korchak points out that under the reform, grand jury witness testimony is now provided directly to the defense attorneys and defendants, along with their identities and contact information. Before, prosecutors were able to assure witnesses that their grand jury testimony would not be provided to defendants they are testifying against.

Governor Andrew Cuomo did not bring up the criminal justice reform or a possibility of any amendments to it in his January 8th State of the State address.

Prudent and her fellow activists say they support the law as is and do not want to see any part of it rolled back.