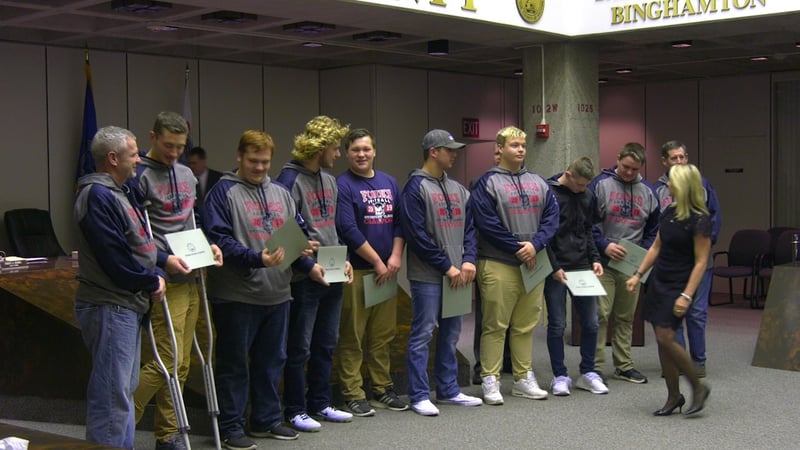 After going 13 and 0 this season, the Chenango Forks High School football team was honored by the County during their legislature meeting.

The team became the Class B State Champions on December 1st in Syracuse.

Some of the team members and coaches were given recognition by the county legislators, especially Lucas Scott, who rushed over 300 yards in that championship game.

But the coach says the entire team is grateful for the recognition.

David Hogan, Head Varsity Football Coach, said "Just very appreciative... We get asked all the time has it sunk in yet? It's been a while now and it still hasn't really sunk in... Especially for the players... We are just really appreciative of the community support in the whole Binghamton area... Just really appreciate it a lot"

This is Chenango Forks' sixth championship and 4th under Coach Hogan.