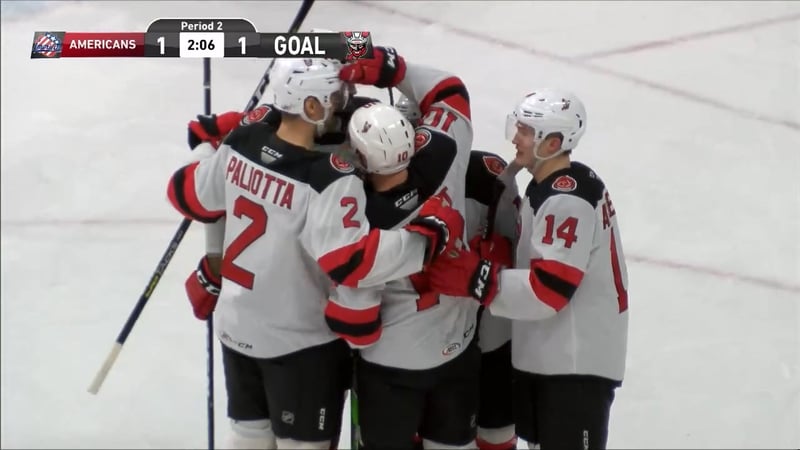 The Binghamton Devils knocked off the North Division leading Rochester Amerks Wednesday Night 2-1. It was scoreless through the first 36 minutes of play when all 3 goals happened in a 3 minute stretch towards the end of the second period. After the Amerks opened up the scoring off some bad luck for the Devils, Binghamton responded quickly with a Joey Anderson goal a minute later followed by Brett Seney's team leading 12th goal of the season a minute after that. Cory Schneider gets his first win in Binghamton saving 23 of 24 shots faced. The Devils will go for their third straight win Friday at Rochester.