Tebo to Play Lacrosse for Bearcats 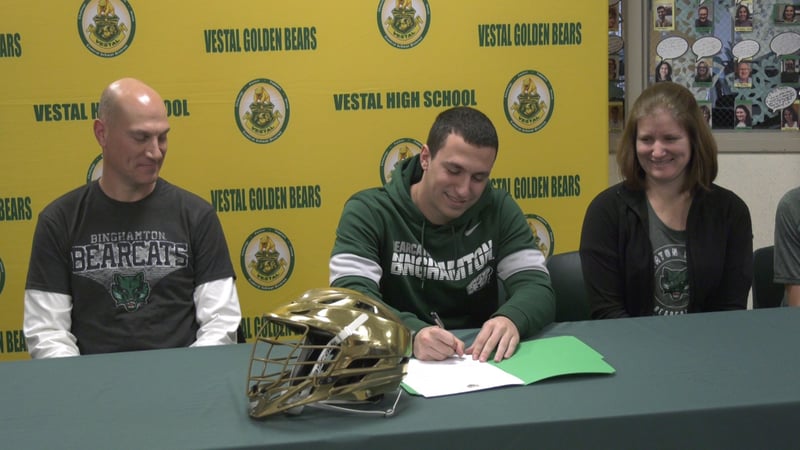 Vestal senior Aaron Tebo signed his national letter of intent today to play Division 1 lacrosse for Binghamton University. Tebo won the Sectional MVP Award as a junior in 2019. He's also a two-time Division 1 first team All-Star and 3-time Scholar Athlete. In his 3 seasons on varsity thus far he's accumulated 129 points including a 64 point campaign last season which led the team. During his time with the Golden bears they have won 3 sectional Championships and appeared in 2 state final fours. Tebo says it was an easy decision to become a Bearcat.

"It's close to home, family can go to the games all the time. Great price, love the coaching staff, always wanted to go there," says Tebo. "I've been thinking about this ever since I picked up a stick to play Division 1 lacrosse. It just feels great to actually get it done."

The midfielder also is on the Gaffer Elite Lacrosse Team and is an Upstate Under Armour All-American. He plans to major in business at BU.