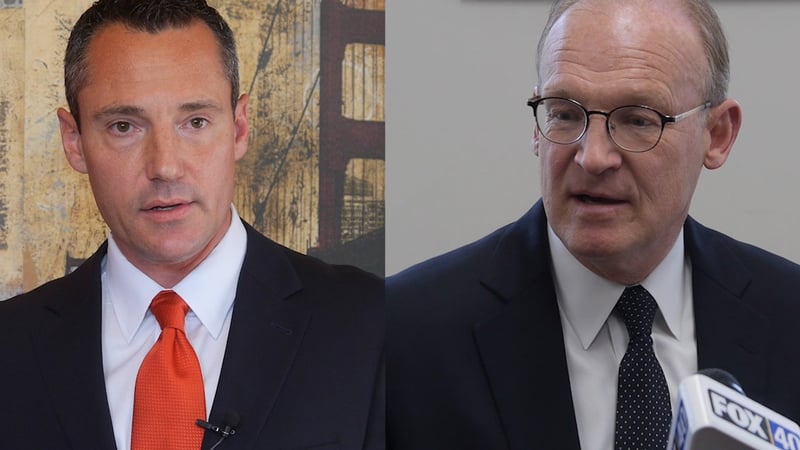 A Broome County Supreme Court Judge will issue a written decision in response to Paul Battisti's request for a full recount of votes in the District Attorney race.

The matter of Battisti versus the Broome County Board of Elections, Michael Korchak, and Debra Gelson was scheduled to appear in Supreme Court at 9:30 Wednesday morning. When Fox 40 arrived at the courthouse in Binghamton at 9:15, security guards said the appearance had been canceled just five minutes earlier. According to security, the presiding judge, Richard Rich Jr., called to say he wasn't coming in.

The court clerk's office says there is no reschedule date and Judge Rich will instead issue a written decision. There is no expected date for when that decision will come through. Whoever wins the seat is supposed to take office on January 1st, just four weeks from now.

Battisti requested judicial intervention in the election results after coming up short behind Michael Korchak by 55 votes.

The contentious race for District Attorney came down to absentee and affidavit ballots which were counted on November 19th at the Broome County Board of Elections. That night, commissioners Mark Smith and Daniel D. Reynolds declared Korchak the winner, with democrat Debra Gelson coming in third. An hour later, Battisti took to Facebook to say he was requesting a full recount of every ballot cast in the election and that he wanted that recount done by hand.

The Board of Elections told Fox 40 they are not required to conduct a recount unless ordered to by a supreme court judge. Documents requesting a judge to be assigned to the case were submitted to the county clerk's office on November 27th.