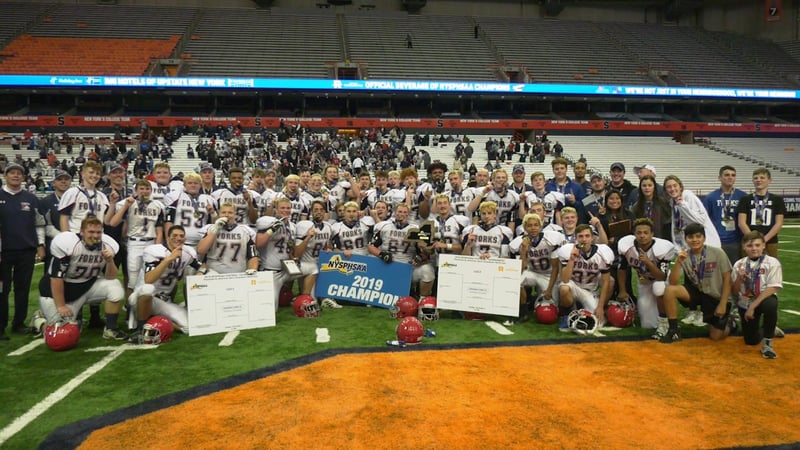 For the first time since the 2015 season, the Chenango Forks Blue Devils are NYSPHSAA Champions with a 38-14 win over Section II's Schuylerville.

This is Chenango Forks' 6th state title in program history, and their fourth in the last seven seasons.

"I mean they just don't get old, this is just as special as the other ones, it's great. It's a new group of kids, you're just so happy for them and on that journey with them it just means so much." Says Chenango Forks Head Coach Dave Hogan

"It's awesome, we're all a bunch of brothers, I mean they're all my best friends. I told them just before the game "Whatever happens I love every single one of you guys". I think that really helped us today, just stick together and got the job done." Says Blue Devils Junior RB/LB Lucas Scott

After the game started off with a 0-0 scoreline after the first quarter, the Blue Devils got on the board first with a 20-yard run by Sophomore Dubbs Haqq.

After tying the score on the next drive, Schuylerville would not come any closer in the game, thanks to a pair of Lucas Scott Touchdowns in the second and fourth quarters, and a beautiful 35-yard connection between Ray Austin and Ethan Brown to end the first half.