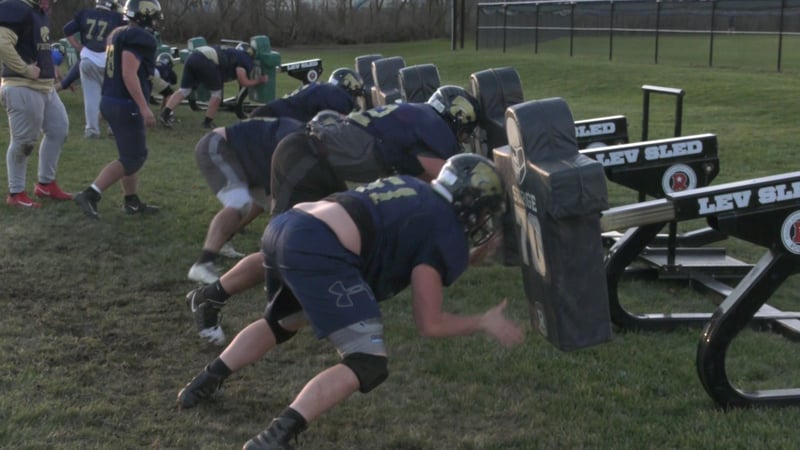 Susquehanna Valley is back in the state title game after knocking off Southwestern in a thriller 35-28. The Sabers trailed a good portion of the game and didn't take their first lead until there was just under 5 minutes to play in the game. Coming off of back to back one possession wins, linemen Zachary Lawrence and Trevor Frable say they've proven they can overcome adversity.

"I'd say we're good in situations like that," says Lawrence. "We don't break down and panic we stick with what we know and keep playing."

"I think it shows that we're never out of it really," says Frable. "Even if we're down in points we can still come back and make a play that can turn everything around. We stayed pretty positive towards the end of the game even if we're in a bad position which we were."

In the Class C State Title game SV will be meeting the Section 10 Champion Gouverneur Wildcats. The Wildcats come in to the championship 11-0 off of strong defensive showings in their quarterfinal and semi-final match-ups allowing a combined 13 points. Sabers Coach Mike Ford says they are a team that has proven they belong here.

"They've got some very shifty, speedy skill players, they run a 3-4 defense which we don't see all that much around here," says Ford. "Some different preparation as result of that. They don't pass that much but when they do pass they're pretty successful at it. They're and undefeated and here just as us so they're very good and should be an excellent game."

Ford says their keys to the game include winning the turnover battle, corralling the Wildcats dual threat quarterback, and to play a complete 4 quarter game. Kick-off between Susquehanna Valley and Gouverneur is scheduled for 6pm Friday night in Syracuse.