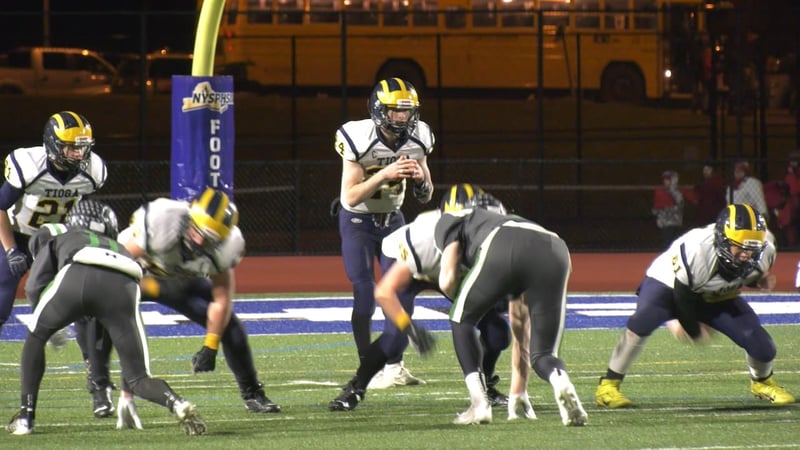 The battle between the top 2 ranked teams in Class D lived up to the billing. Tioga took a 27-13 lead into the half. But in the second half the reigning state champs Clymer Central/Sherman/Panama took control. Part of the momentum swing took place due to Tigers star runningback Emmett Wood having to leave the game with an injury. The Wolfpack shutout the Tigers in the second half 15-0 to take the game 28-27.

"I'm very proud, we knew that was going to be a 4 quarter game," says Tioga Head Football Coach Nick Aiello. "The fact that we were up by 2 touchdowns going into halftime probably surprised everyone. They wore us down. We just made too many mistakes in the second half and really it was a tale of two halves. They made some adjustments. I didn't think we got off the ball as well in the second half but I think that was part of them wearing us down with Emmett going down and penalties. Putting the ball on the ground with fumbles with cold hands and stuff I mean really we got behind on offense in the second half and that's what happened."

The Tigers finish the season 11-1 and the Wolfpack move on to face Section 7's Moriah in the Class D State Championship.