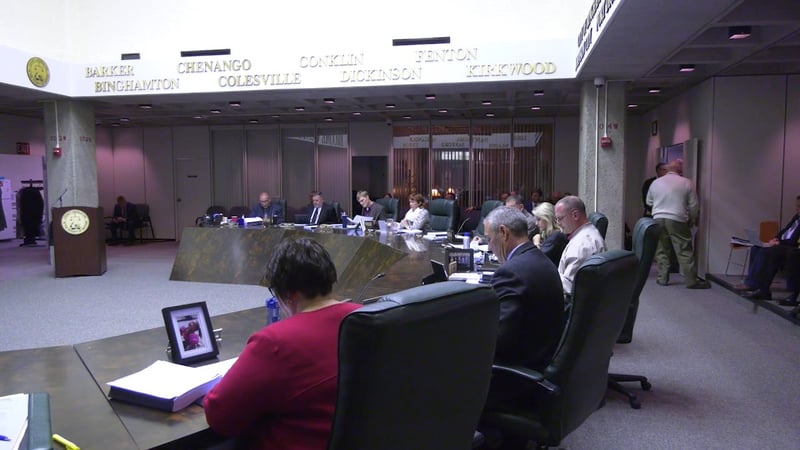 The Broome County Legislature has voted to adopt the 2020 budget Thursday evening, which will cut the county's tax rate by one-percent.

Several changes were made to the proposed budget presented in September by County Executive Jason Garnar, including a reduction in interest paid due to a significant reduction in short term borrowing.

“Not only has the County Legislature reduced taxes, but we’ve reduced the County’s short-term borrowing this year by an additional $3 Million,” said Majority Leader Cindy L. O’Brien. “When this Majority took office, the County had to borrow $20 Million to pay its year-end expenses, reducing that over the last nine years by $13 Million has greatly improved the County’s fiscal health.”

The adopted budget marks the second year in a row that the Legislature has cut taxes. The legislature approved a 1-percent property tax decrease for 2020, which is double from the 0.5-percent tax cut approved in 2019.

"Quite frankly, it's one of the best ones we've been a part of. This was a bipartisan effort back and forth, and no animosity, just being able to work with both sides. The administration worked with us fantastically. And we were able to cut taxes further, which is something we stress each year," said Dan Reynolds, Chairman of the Broome County Legislature.

The adopted budget also includes investments in public safety such as adding new Sheriff’s Road Patrol Deputies and a restructuring of the county's 911 Center.

The budget also invests on infrastructure and improvements to SUNY Broome.

The adopted Budget resolutions along with the Legislature's changes will now be delivered to the County Executive. From there, Garnar is required to hold a public hearing on the changes prior to signing or vetoing the budget.