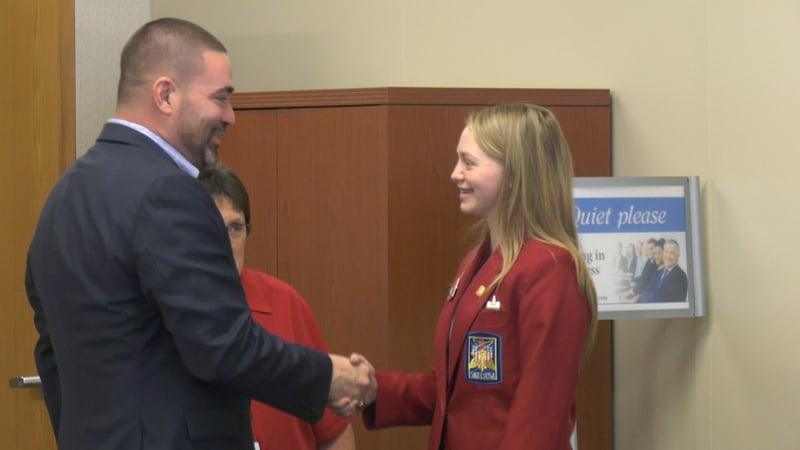 In New York State, only 20 high school students across the entire state become recipients of the award.

Locke is a current student at Broome-Tioga BOCES where she is enrolled in the computer-aided design program. She is also the Vice President of New York State Area II for NYS SkillsUSA, where she travels to different competitions and events to show off her skills in her field of Career and Technical Education (CTE).

Upon receiving her official nomination from Akshar, Locke showed the senator her blueprints for one of her projects through BOCES, which included a floor plan for a 4-bedroom house that she had designed.

The winners of the scholarship will be announced in April of next year.