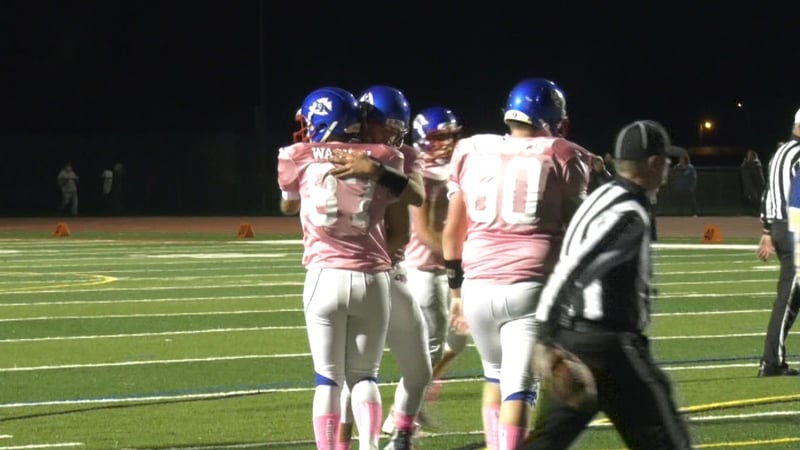 Many football players look at their team as a family. In the case of a pair of Owego Football players, that statement is much more literal. This week I spoke with a duo who’s bond on and off the field has been a major contribution to Class B’s 18th ranked team in the state.

For a football team’s offense to be firing on all cylinders, the quarterback needs to have good chemistry with his receivers. A chemistry the Wasyln Brothers were born with.

“We’ve been playing catch in the backyard for god knows how long," says Senior Receiver and Defensive Back Michael Wasyln. "People talk about it all the time that it’s that different connection. I definitely see it compared to playing with other quarterbacks it’s just different and I think that has to do with the connection we have.”

“I know how fast he I know what routes are his favorite. I know what he’s going to do, it helps out a lot," says Junior Quarterback nick Wasyln

The Wasyln Brothers have played football together pretty much since they can walk. Head Coach Steve Virkler says it’s a dynamic that has really benefited the team.

“I think I’m definitely harder on him than anybody else," says Michael.

“We’re always on each other about everything. If I mess up he’s on me, if he messes up I’m always nagging on him,” says Nick.

“I’ve gotten spoken to by the coaches because sometimes I’m too hard on him in front of the team. Tell me to cut it back during practice and tell him at home,” says Michael.

“If I get him on a play in practice I bust on him, if he gets me he busts on me, we’re always competing with each other,” says Nick.

“I get on him and he gets on me. Same thing,” says Michael.

As with most brothers, that competitive nature isn’t limited to the field.

“My favorite NFL team is the Steelers his is the Patriots, whenever they play each other it’s pretty much an All-Out brawl in the living room,” says Nick.

And football is always sure to be on in the Wasyln house. Their dad Jeff is a JV football coach for Owego and their mom Laura is president of the booster club. So while their time together on the field is nearing it’s end, football will always be a uniting force for these brothers.

”We’re closer now then I think we ever have been,” says Nick.

The Wasyln brothers will play their last regular season game together tomorrow at home against Johnson City.