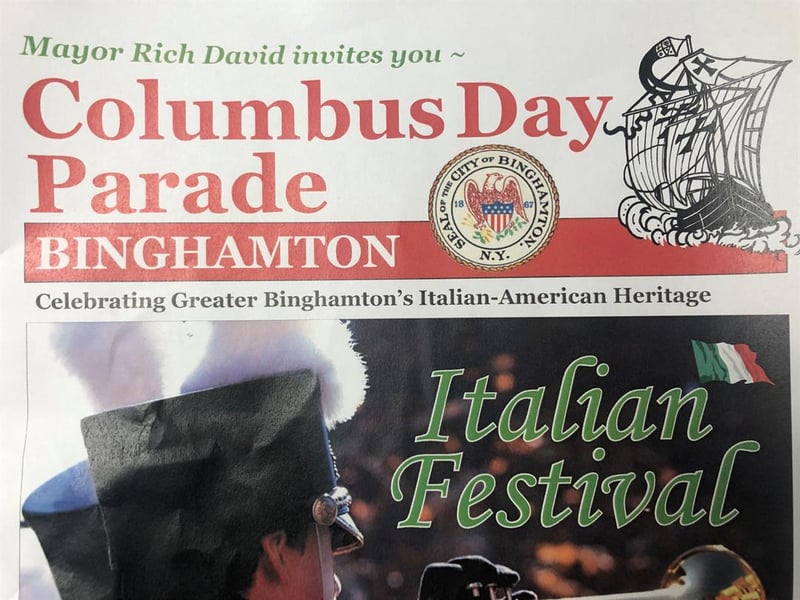 The festivities will kick of on Monday, October 14th at 9 a.m. with the raising of the Italian flag outside Binghamton City Hall.

The parade will start at 10 a.m. near the intersection of Main and Arthur streets where it will head east down Main St toward downtown Binghamton.

The parade will cross the Court Street Bridge and finish in front of the Broome County Courthouse.

"Year after year, Binghamton's Columbus  Day festivities bring people of all ages from across the region to downtown to celebrate the culture, traditions and accomplishments of our proud Italian-American community," said David.

The bands will compete before judges in the section of Court Street between Water Street and Gorgeous Washington Street.