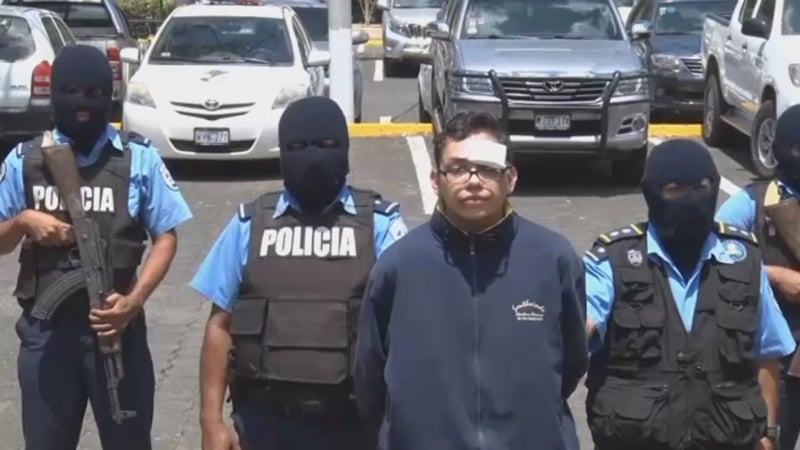 Orlando Tercero is facing charges for the death of Binghamton University student Haley Anderson in Nicaragua, according to a Nicaraguan news agency called El Nuevo Diario.

Tercero, a former classmate of Anderson's, was taken into custody in Nicaragua just days after police say he fled Binghamton. The 23-year-old is dual citizen of Nicaragua and the United States.

Tercero faces murder charges here in the U.S. as well, a grand jury charging him with Anderson's death on March 17, 2018. Police found 22-year-old Anderson's body inside Tercero's Oak Street apartment on March 9th. According to Binghamton Police Chief Joseph Zikuski, the two, both nursing students at Binghamton University, had an "on-again, off-again relationship."

In March of this year, the Broome County District Attorney's Office said they had submitted all of the documents requested from the Nicaraguan government in the efforts to bring Tercero back to the U.S. to face judgement on the murder charges.

According to El Nuevo Diario, Nicaragua has denied that extradition request. New York State Senator Charles Schumer expressed his disappointment in this decision in a letter sent to the U.S. Department of State on August 23rd.

I am incredibly disappointed with the Nicaraguan government's refusal to comply with the federal warrant to extradite Mr. Tercero and I am worried that justice will not be served if his trial is conducted outside of the United States. Given the violent nature of the crime, the shock and outrage of the community in its aftermath, and the heartache of Haley's parents in the wake of her death, it is essential that this crime be robustly and fairly prosecuted to the fullest extent of the law.

On Tuesday, a spokesperson from Schumer's office told Fox 40 in a statement that the senator is still lobbying to get Tercero brought back to the U.S. despite this decision from the Nicaraguan authorities.

Despite the beginning of the criminal justice proceeding against him in Nicaragua, Senator Schumer has again urged the State Department to use any and all avenues possible to achieve extradition and find a way to bring Mr. Tercero to New York to stand trial.

Fox 40 reached out to the Broome County District Attorney's Office for comment and were provided with the following statement.

We’re continuing to work with the Department of State, Department of Justice, and Senator Schumer’s Office, with the defendant returning to Broome County, to face justice, as our desired outcome. The process is ongoing, and we cannot comment further at this time.