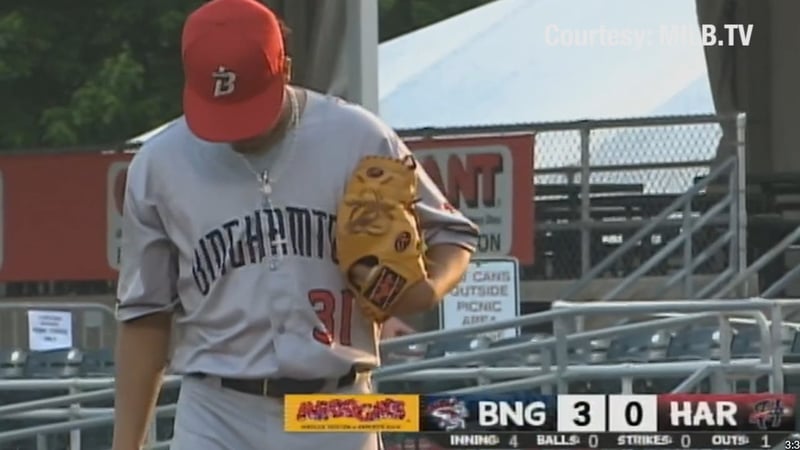 Gonzalez started one game for the Rumble Ponies last week and had a record of 1-0 with six strikeouts and a 0.00 ERA. Gonzalez, twenty-four years old combined with reliever Ryder Ryan to throw a no-hitter by the Binghamton franchise since the 2006 season in a 7-0 victory.

Gonzalez struck out six batters and walked two over 6.2 innings of work. Ryan closed out the game with 2.1 perfect innings of relief to preserve the no-hitter. The 24-year old ranked first among all Eastern League pitchers in batting average against (.000) last week and tied for the lead in ERA (0.00).