Kaden Rogers, Not Your Average Nine-Year-Old 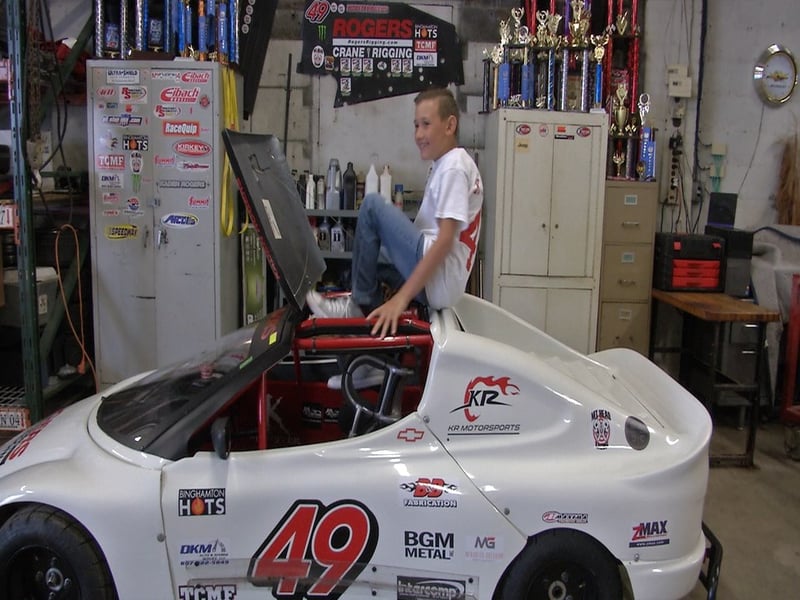 Windsor, N.Y. - Southern Tier native Kaden Rogers loves to win. He's competitive, a great driver and he's also nine years old. Kaden fell in love with NASCAR racing when he was three years old after watching his father watch it on television almost every Sunday. From there, his father bought him a racing car when he was five years old and the rest, is history.

"I like being competitive" said Kaden. "When I'm competitive, that's when I win."

Competitiveness and being nine-years-old doesn't always go hand in hand. However, Kaden Rogers isn't a typical nine-year-old. Kaden became the 2018 New York State Bandit Champion last season, and is now ranked No. 1 in the state of New York throughout his age group (8-11 years old).

"There was times where he could've won and he knows he messed up and you can see he gets mad at himself" said Kadens father, Tom Rogers. "He's just so competitive."

Kaden's competitive nature has allowed him to not only be ranked in the state of New York but he's ranked top 50 in the country throughout his age group.

Other than winning, the amount of time Kaden and his father spend together on the race track, is another reason why he loves to race.

"I like hanging out with my dad" said Kaden.

"It's great" said Tom. "I mean the thing we love about this sport is the quality time him and I spend together. Kaden and I just have that special bond. We get to share it every weekend and just spend time together. It's really nice."

Kaden's 2019 season started this past weekend in Swan Lake New York. Kaden will race every Saturday at Bethel Motor Speedway, until November 2019.

"I want to win a big trophy" said Kaden.

"Last year he won the New York State championship and we would just like to do that again. That's our ultimate goal" said Tom.

"This time we're working on faster lap times. Being more consistent. Getting up there with the other guys and not letting them intimidate him. Having more fun out there. But, really just trying to get faster."

The bigger goal is to make a run at Nationals. This season, nationals will be held in Atlanta, Georgia in August.