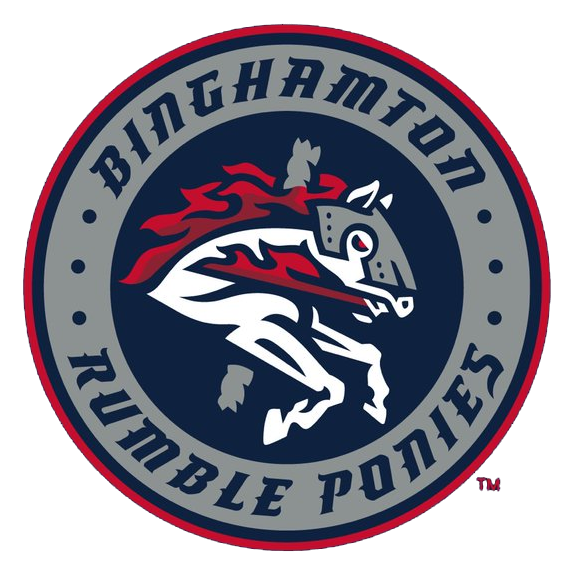 AKRON, OH – Rumble Ponies starter Chris Mazza baffled the RubberDucks through seven innings before Akron plated two runs in the eighth on a wild pitch and a missed catch in Binghamton’s 2-0 loss on Wednesday night at Canal Park. Binghamton was held to two hits, but settled for a 5-1 road trip.

Binghamton’s missteps in the eighth overshadowed a stellar pitchers’ duel between Mazza and Akron starter Matt Solter. Coaxing a total of two dozen groundouts from opposing hitters, the well-traveled righties matched each other zero-for-zero through seven innings. Solter retired ten straight from the fourth through the seventh while Mazza set down eleven of twelve before Akron struck in the eighth.

Mazza (0-1) took the hard-luck loss in his second start with the Ponies. He struck out three and allowed two runs on five hits over 7-2/3 innings.

Binghamton (9-5) open a four-game series at home against the Portland Sea Dogs on Thursday at 6:35 PM. RHP Mike Gibbons takes the mound against LHP Kyle Hart