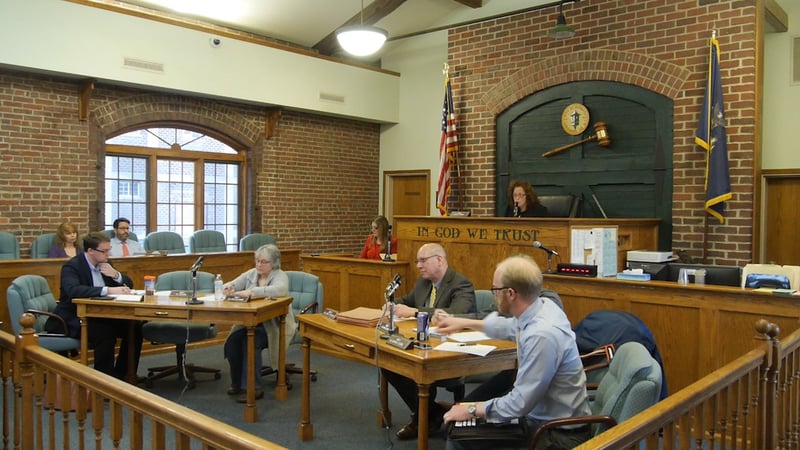 In the City of Norwich, close to 70 people packed the court house Tuesday night in protest of a proposed ordinance that would fine people who fed feral cats.

At 6:30 p.m. city officials had the chance to hear what the public felt about the proposed ordinance prior to the city's joint committees meeting.

The proposed ordinance would make feeding any feral cats or any stray animal a fine-able offense, with the first ticket costing $50, the second $100, and $200 for the third offense made within the same year.

According to City of Norwich Mayor Christine Carnrike, the ban on feeding would go into effect if it created three situations, including:
- an unsanitary environment
- results in the accumulation of feces
- attracts vermin and other pests to the area

"When it creates those environments it becomes a public safety and public health hazard that needs to be addressed," said Carnrike.

Over 30 people spoke to the board and voiced their opinion, all of which were against the ordinance.

Carnrike said that "no way shape or form did we plan on anyone having to starve these animals."

At the end of the meeting, the board unanimously voted to withdraw the proposed ordinance.

Carnrike said Tuesday's meeting was a testament that there are answers out there and a great opportunity for the city and the public to find solutions to an issue that has become a problem in the city.