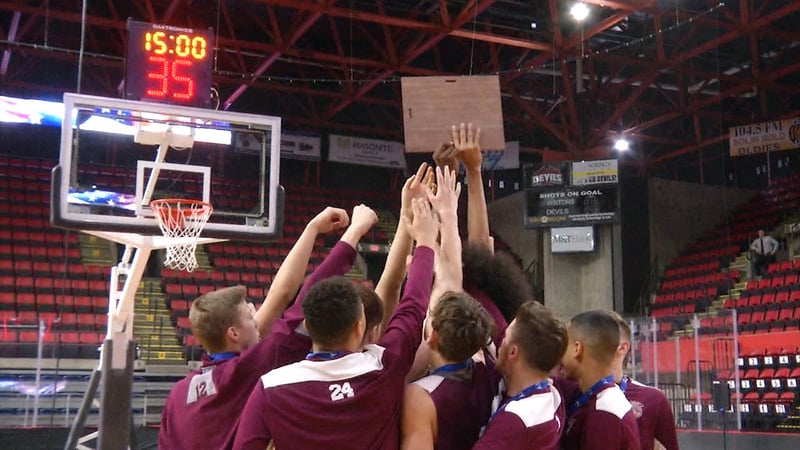 The Johnson City Wildcats will make their fifth regional appearance on Sunday against a familiar foe, the Poughkeepsie Pioneers. Two years ago, the Pioneers defeated the Wildcats in the Class A Subregionals at SUNY Platz. This time, the Wildcats are looking for vengeance and the chance to represent Section IV at the state level.

None of the current Wildcats except Xavier Hill played in the 2017 matchup, back when he was a freshman.

"This is a revenge game," said Hill, now a junior. "They lost one of their big men, but they've matched up."

Johnson City is a younger team now than they were in the last matchup, but the Poughkeepsie team has not changed much.

"Their team has ten or eleven seniors," said Head Coach Bill Spalik. "They're no different."

Tip-off is set for 12:15 p.m. at the Floyd L. Maines Veterans Memorial Arena in Binghamton, a huge advantage for the Wildcats.

"This should feel like a home game for these guys," said Spalik. "Hopefully fans show up in large numbers."