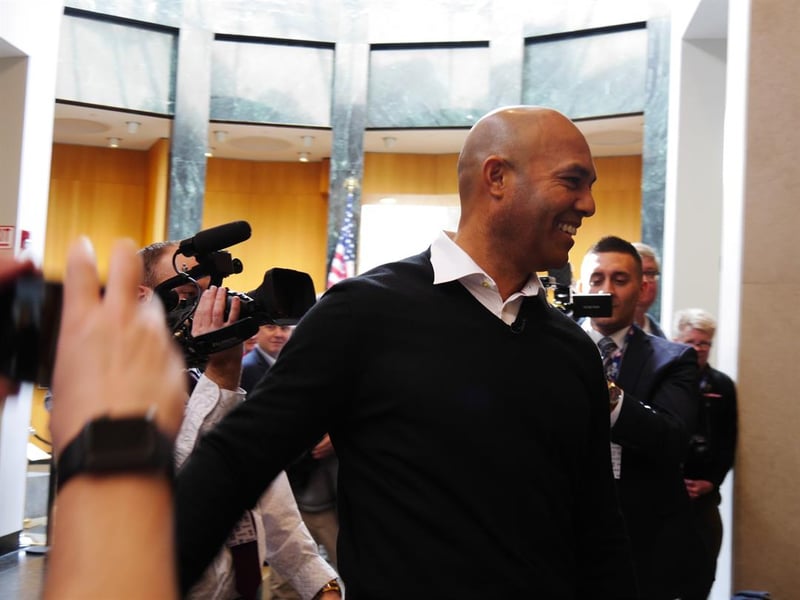 Mariano Rivera made his first trip to Cooperstown on Friday following his unanimous selection to the Baseball Hall of Fame. The former Yankees pitcher spent his 19 season career with the franchise, helping lead the team to five World Series titles between 1996-2009.

The former Yankees pitcher received a tour of the museum ahead of Hall of Fame weekend. Rivera was in awe of the Plaque Gallery, the last stop on his tour. He saw all of his heroes, namely the one who inspired his number - Jackie Robinson.

“I know the type of player he was and the type of person he was," said Rivera. "Every time I got the opportunity to go on to the field, I’d represent him."

“Being the last player to wear number 42 and being inducted wearing number 42, I can only thank god for that. What he represented for us, that was amazing.”

Rivera joins 1991 inductee Rod Carew as the second Panamanian honored in the Hall of Fame. He grew up in Puerto Caimito, a small fishing village, before signing with the Yankees in 1990.

Before he left, Rivera signed where his plaque will be enshrined forever. Fans visiting the museum will be able to see his signature until July.

"For me, it was just putting on the uniform, those pinstripes, day in and day out, year in year out for nineteen seasons," said Rivera. "It was an honor and privilege to do that."