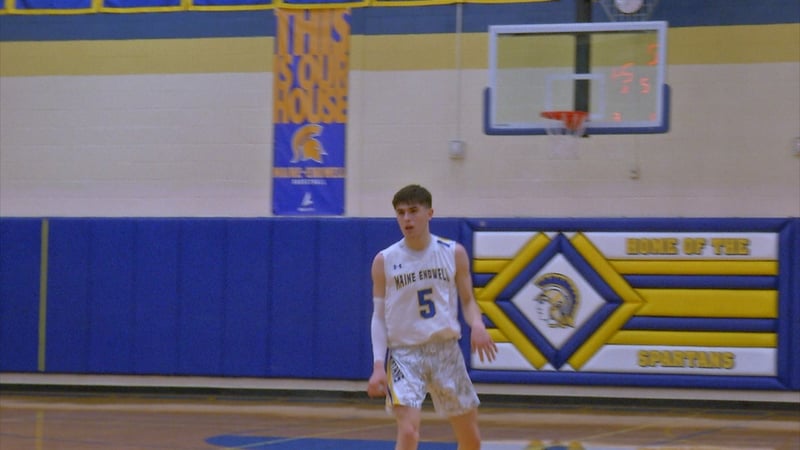 Endwell, N.Y. - Maine-Endwell boys basketball defeated Owego Indians in a thrilling 57-55 victory on Wednesday night. The Spartans rallied from nine down in the closing four minutes of the game.

Sophomore Jack McFadden scored more than half of the Spartans points in the victory, leading the team with 30 points.McFadden and Freshman Mike Mancini scored the final three points of the game, helping secure the victory.