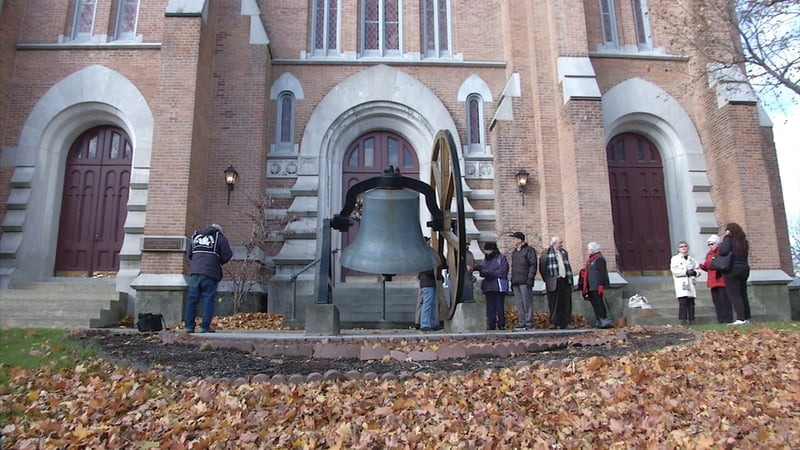 Sunday marks the 100th anniversary of Armistice Day and the end of World War I.

On November 11, 1918, the armistice was signed at Compiègne, France that ended fighting on land, sea and air in World War I between the Allies and their opponent, Germany.

However, Veterans Day replaced Armistice Day in 1954, which is why Veterans for Peace of Broome County hosted a celebration Sunday to recapture the spirit of the old holiday.

The organization invited community members to gather at First Congregational Church on Front and Main Street in Binghamton to reclaim Armistice Day, a day to celebrate not the warriors but the end of wars carnage.

"Armistice Day, which was a day to celebrate peacemaking, not appraise the warriors, and we have no complain about people saying thank you for your service, we would just rather have them not say that to us and simply and say 'I’m going to work for peace, I’m not going to have to say thank you for your service again' to all the young men who shouldn’t have to go and give their life for so called freedom," said Jack Gilroy, event organizer.

"I wish that people would begin to look at Veterans for peace rather than the organizations who seem to be satisfied even with the veterans administration being taken over by certain private interests in this country and certain political groups," said Gilroy.

At 11 a.m. Veterans for peace rang a church bell outside of the First Congregational church, ringing it 11 times to raise awareness about peace in this country.