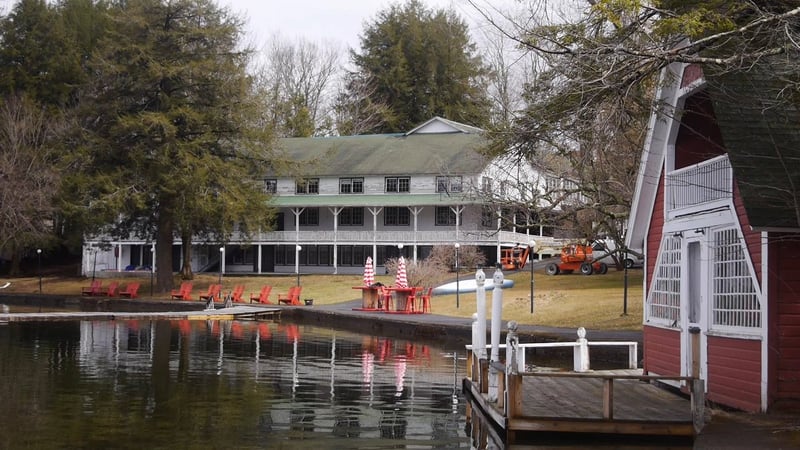 A popular Amazon series is filming in Deposit, NY this summer. The family-owned and operated resort, Scott's Oquaga Lake House, will be the backdrop for scenes in the upcoming season of Amazon's Gold Globe Award winning The Marvelous Mrs. Maisel.

"My husband says I should say we're looking forward to a marvelous summer," laughs Scott's owner Patty Holdrege, "I thought that was good."

Heading down the gravel driveway, it's obvious why location scouts would pick this place for a show set in 1959. The resort is a little piece of the past tucked behind the trees on Oquaga Lake Road.

Owners at Scott's Oquaga Lake House say scouts from Amazon show the @MaiselTV were deciding between them and a few other locations. The series settled on Scott's and will be filming here this summer. pic.twitter.com/R3xv7o4nJ5

Patty and her husband Gary have been holding on to this secret since last fall, when location scouts for the series came knocking. It turns out, this isn't the first time the family-owned business has caught the eye of production crews.

"They did come here and look at us for Dirty Dancing," says Holdrege, "At that time we were extremely busy and we opted that we just couldn't do it. If we had known where that was going we might actually have done something about it."

Now, the timing was perfect to open the resort up to a film crew and cast members. Over the past two years, the family has scaled back the business a bit, still open for guests to rent a room or use the space for events, but on a much more manageable level. Still, between getting ready for the season and making the place camera ready, there's a lot to do in a short amount of time.

The Holdrege's are the sixth generation to run the resort.  With parlors, dining rooms, dance floors, and an antique bowling alley, it's a little piece of a bygone era.

"It's been in our family for such a long time, that I've taken on this little challenge of trying to keep it going because it's very special to me," says Holdrege.

"You know, actually getting the word out that we are still here," says Holdrege.

Holdrege isn't allowed to say where exactly on the property scenes will be shot. We'll just have to wait until season two premieres. No release date has been set yet.

Earlier this month, an open casting call was announced for the local filming. The show is looking for extras to portray resort guests. That casting call will be held at the Broome County Forum on April 28th from 11am to 4pm.