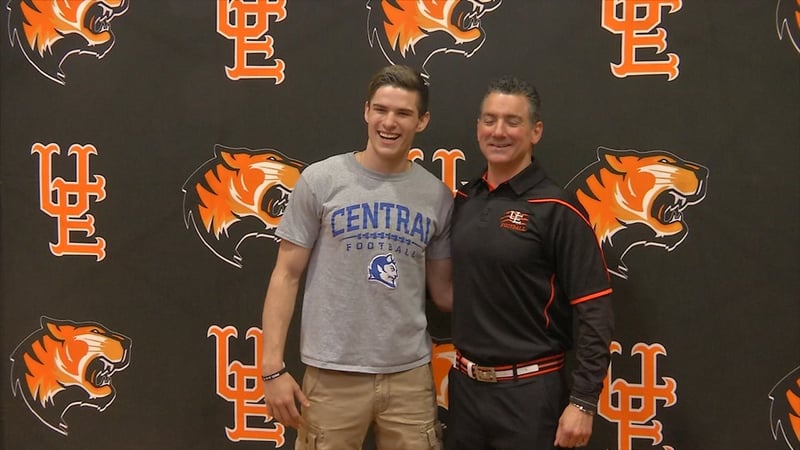 Today Union-Endicott's stand-out quarter back Devon Hogan signed his national letter of intent to play Division I football at Central Connecticut State University. The University is a familiar place for the Hogan family as his father played quarterback for CCSU.

Devon was the leader of the Tigers offense after he set the Union-Endicott program record for most points scored in a single-season with 150 points. Hogan also passed for 949 yards throughout his football career. But, he will now be catching touchdowns instead of throwing them.

Hogan will now be playing wide receiver for the Blue Devils and no matter what position he'll be playing his work ethic will be the same. Hogan stated, "No matter where I go I'm going to have to earn my time and that's what I'm looking forward to, working as hard as I can."

Working hard is something Devon never had trouble with at Union-Endicott. His football coach Tom Baleno spoke highly of the football player but even more of the person he is. "He's kind and he's passionate in everything he does. He's respected because he respects others. He's just a remarkable young man."

"He's irreplaceable. We have some big shoes to fill and hopefully we have the quality in character that he is going to leave behind. He's a good model for us." Stated Baleno.