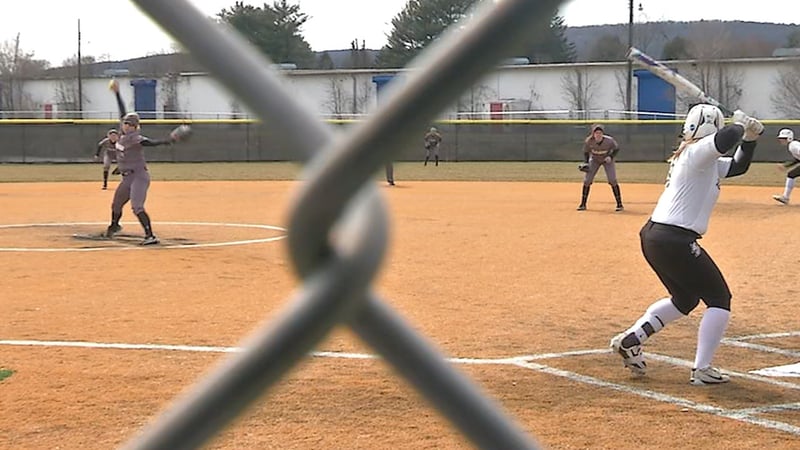 The Binghamton softball (8-14, 1-1 AE) settled for a split against UMBC (7-22, 2-3 AE) in an America East doubleheader on Saturday afternoon at Chenango Valley High School. The Bearcats took the first game 6-3 but lost an 8-6 slugfest in the finale.

Sophomore pitcher Rayn Gibson got the complete-game victory in the opener, striking out a career-high 11 batters in the process. She scattered three runs (one of which was unearned) on three hits to raise her record to 4-5.

Gibson had a no hitter going through five innings but the Retrievers got all three of their runs and hits in the top of the sixth inning. Haley DeLaney belted a two-run home run during that frame.

The Bearcats got an important insurance run in the bottom of the sixth inning when sophomore pinch hitter Rozlyn Price drilled a one-out solo home run.

Kim Puicco took the loss in the first game, dropping her record to 5-13.

In the nightcap, the Bearcats fell behind 2-0 but came up with three runs in the bottom of the third inning. Richard's two-run double was the key hit of the frame and put the Bearcats ahead 3-2.

Martinez came through again in the bottom of the fifth inning, with a two-run single that pulled the Bearcats to within 8-6. From there, however, the Bearcats left a pair of runners on base in the sixth inning and went down in order in the seventh inning.

Puicco went the distance in the second game while freshman pitcher Chelsea Howard fell to 1-2 with the loss.