David takes down Goliath, Binghamton moves on to BCHSHA Championship 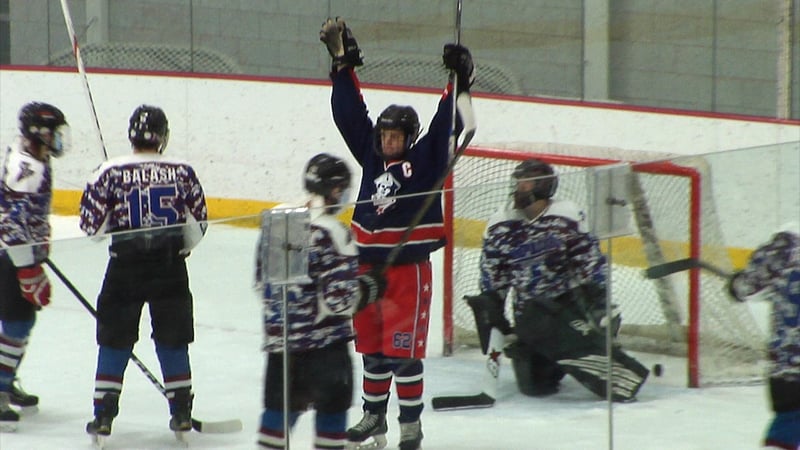 Binghamton and Elmira-Horseheads met each other in the finals of the BCHSHA playoffs, Friday, for the first time since January 14. The Elmira-Horseheads Express has outscored the Binghamton Patriots 15-4, in their past two games of the regular season, winning every game. But as any hockey fan knows...anything can happen.

Friday evening...it happened. Binghamton upset #1 ranked Express by a score of 4-1, locking a birth in the BCHSHA Championship.

Late in the first period (5:50), it was the Express jumping on the scoreboard first. Nathan Cook made a solo shot from mid range, finding the top corner of Binghamton's net to put E-HH up 1-0.

But the Patriots would score 4 unanswered goals to give them the victory. Under a minute remaining in the second period, Patriots' captain, Logan Ulmer, snuck in a goal from point blank range to tie up the game (:53), while his fellow senior teammate, Conan Picciano, gave Binghamton the go ahead goal (12:07) in the third.

Binghamton will have to wait until Sunday to plan for their possible Championship opponent; Chenango Forks, Vestal or Elmira-Horseheads.

The Express will face tomorrow's winner of Vestal and Chenango Forks, Sunday at 6:45 p.m., for a second and final chance to gain a rematch with the Patriots.