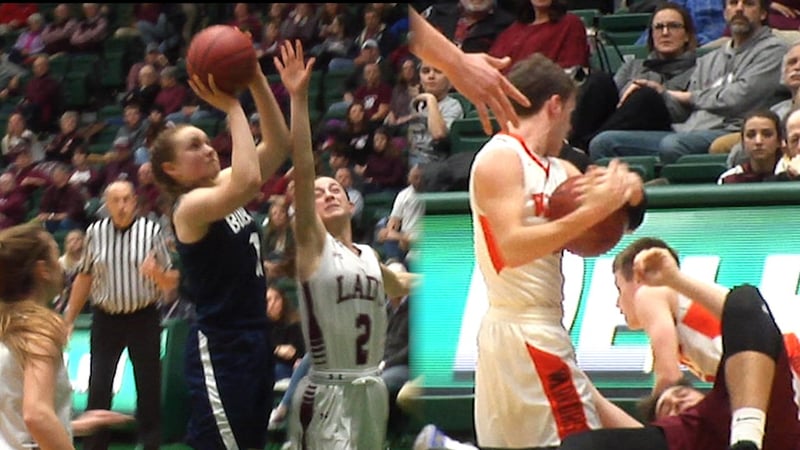 Four of the top high school boy's and girl's basketball teams throughout the Midstate Athletic Conference (MAC) made their way to Binghamton University, Friday, competing for the MAC Basketball Championship.

For the girl's championship, it was the Bainbridge-Guilford Lady Bobcats that claimed their fourth straight MAC Championship victory, beating the Delaware Academy Bulldogs, 48-40 final. It's also the school's seventh basketball championship since the inception of the league in 2001, making the Lady Bobcats athletics program the all-time championship leader (Harpursville - 5 time champs).

In the boy's competition, Walton made a second half comeback to out-muscle the Delaware Academy Bulldogs, 57-46 final. This is the Walton Warriors' first MAC Championship since 2008, and their second of all-time.

Congratulations to all the teams competing in this year's MAC league championship.