Lappin called up to NHL, Devils travel to Belleville Senators 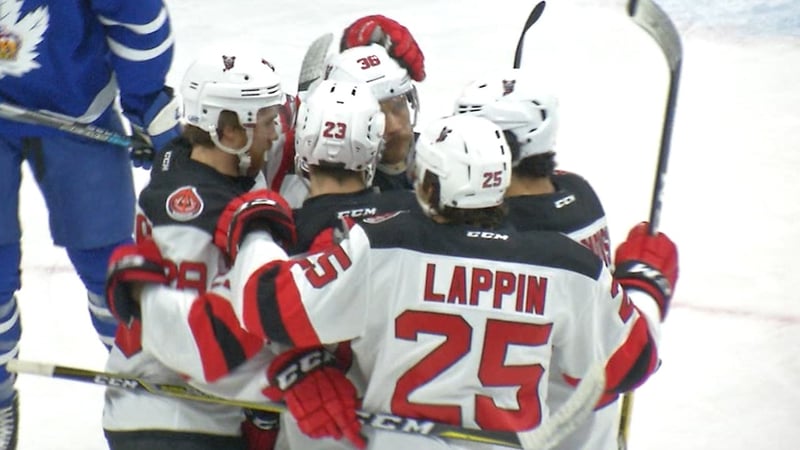 The New Jersey Devils announced that the club has recalled forward Nick Lappin from the Binghamton Devils.

Lappin, 25, leads Binghamton with 12 goals in 23 games played this season. The native of Geneva, Ill. recorded a hat trick and four points in a 5-1 victory in Laval on October 14 this season. Lappin appeared in 43 games for New Jersey last season and tallied seven points (four goals, three assists) and 17 penalty minutes.

Prior to his professional career, Lappin spent four seasons at Brown University from 2012 to 2016 and played for Tri-City and Cedar Rapids in the United States Hockey League from 2009 to 2012.

The Binghamton Devils return home this Saturday against the Belleville Senators at 7:05 p.m. Call the Devils’ front office at 607-733-7367 for more information.