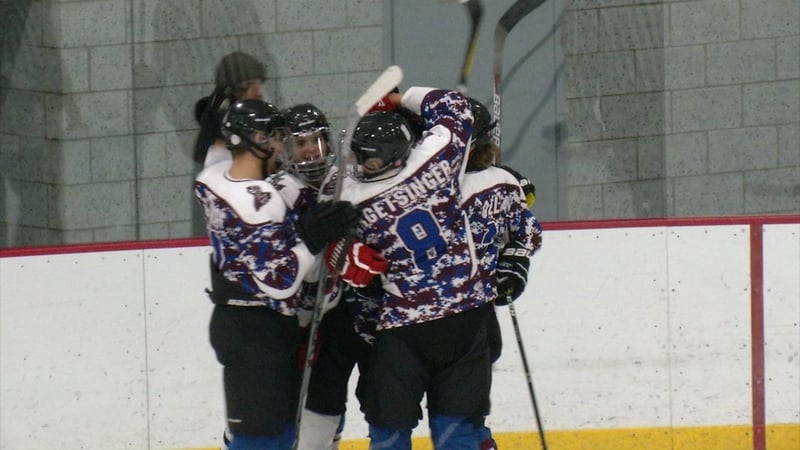 Express' Head Coach Brett Peterson said the last meeting between the two teams led to a win for the Express, but Patriots players have not forgotten loss and are prepared to come out firing.

Early in the first period, it was the Patriots' Justin Fiato that gave his team the early 1-0 lead (10:03), but in just twenty seconds the Express would answer.

After the Express tack on another goal, nearing the end of the first period, Nathan Cook steals the puck at center ice to slap it home and give Elmira Horseheads a 3-1 difference (2:14).

No final was reported for the game.

After period one, the Blue Devils clinging to a 3-2 lead, but it was Forks' Kieran Horton that stretched the score to 4-2 (10:20) with a nice wrister.

Later, Blue Devils would send a player into the penalty box for slashing, and M-E's Brendan Tennent capitalized on the man advantage, a goal that was deflected by Alex Robitaille, bringing the Spartans within one, 4-3 (4:48).

Final minutes of the second period, Tyler Castaldo scored for Maine-Endwell, unassisted, to make it a brand new game, tied at 4 piece.

But it would be the Blue Devils captain Kieran Horton that would score again and claim the advantage in the third period (11:02), Blue Devils beat the Spartans by a final score of 5-4.