For the past 25 years, Broome County has partnered with thousands of local high school students, promoting a unique and exciting experience to help end drinking and driving. Friday marks the beginning of one the largest efforts to help student athletes say "no to drunk driving", the Stop DWI Winter Classic.

According to the Center for Disease Control (CDC), over 2000 high schoolers are killed from drunk driving a year. To help end underage drinking and driving deaths, eight teams competed in the annual basketball tournament;

At Binghamton High School, Norwich squared off against Susquehanna Valley and Vestal took on Binghamton, late, while Chittenango played Union-Endicott and Walton matched up against the home-team, Seton Catholic.

Setons' Saints hold onto home-court advantage, beating Waltons' Warriors in the final minutes by five points, 58-53. Peter Hartrick finishes the night with 23 points and 12 rebounds to advance Seton Catholic Central into the finals.

It's the Chittenango Bears that cage the Union-Endicott Tigers, 54-40. The Bears will take on the Saints in the finals tomorrow, that game is scheduled for 7:00 p.m. at Seton.

Binghamton Patriots beat the Vestal Golden Bears and will play against Norwich in the winners bracket tomorrow, that game scheduled for 6:00 p.m. at Binghamton High. 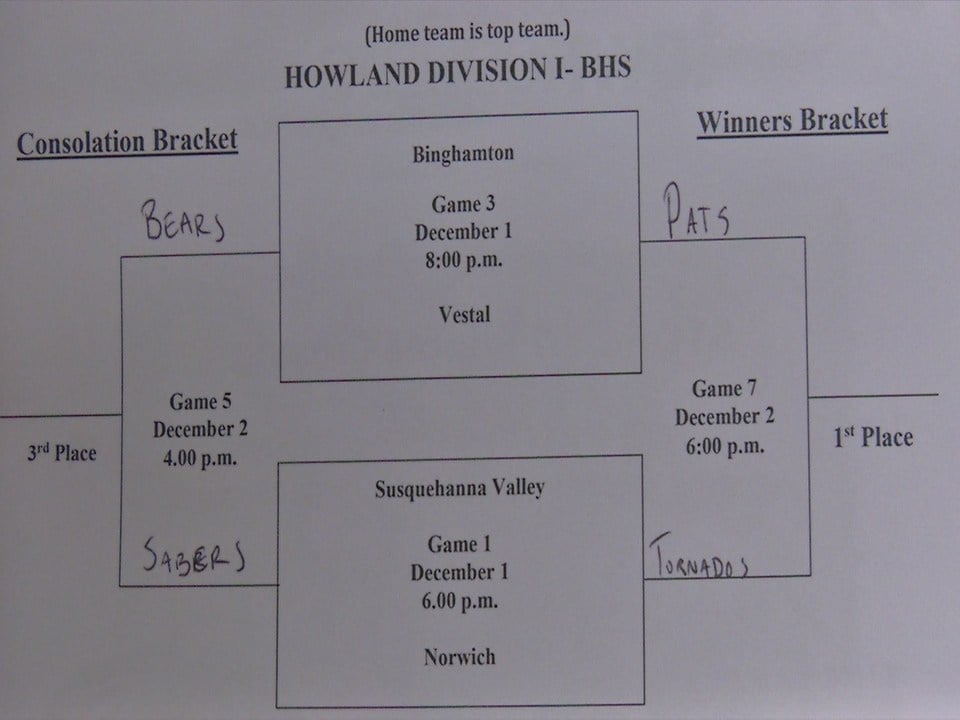 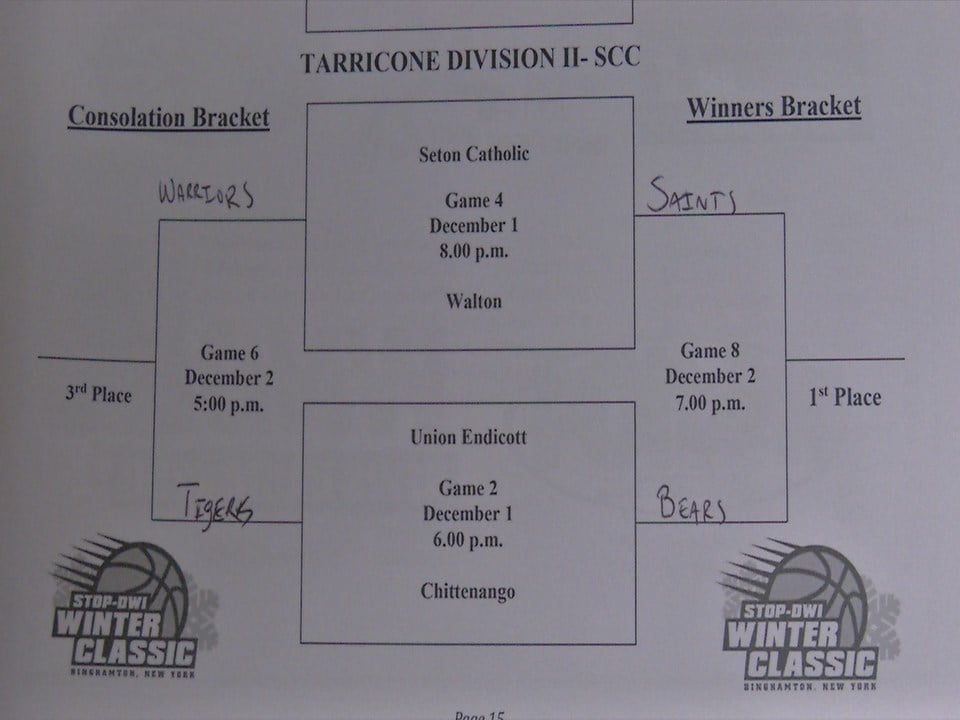 Included in Saturday's scheduled high school basketball at Seton Catholic, police officers will be taking the court for the Officer Aldo Rossi Jr. Police vs. Police Memorial Game at 3:00 p.m., a charity game to benefit the community.

Win or lose, according to Stop DWI coordinator Chris Marion, the student athletes competing in the Winter Classic will hopefully step off the court as leaders in their schools, setting good examples for the peers when it comes to traffic safety.

"This event is a culmination of our year round traffic safety message for younger drivers. We want [student athletes] to be leaders in their schools," said Chris Marion.