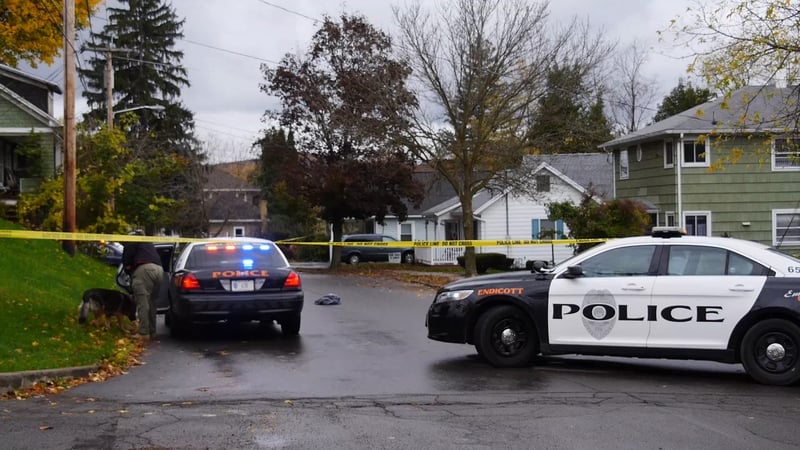 The investigation is being conducted by the Endicott Police in conjunction with the New York State Police and Broome County Sheriff’s Department. The Spencer Police Department was also on scene assisting with the investigation. Spencer PD was in the immediate area at the time of the call and responded to assist.

A neighbor on Edwards Street says she saw the police bring out two suspects in handcuffs. One male, and one female.

Endicott Police received the report of shots fired just before 8 AM this morning. Police agencies responded and immediately secured the area. The investigation is continuing and further details will be released at the completion of the investigation.