Could You Buy Shared Solar Energy? 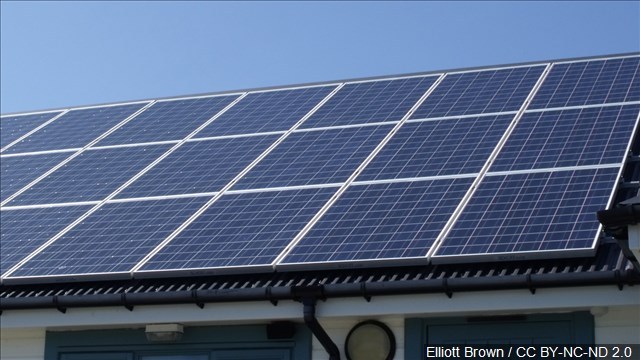 Is there a way you can get solar energy that doesn't include installing solar panels on your home?

Southern Tier Solar Works says it is developing a program that would build solar projects throughout the region. Then, people would be able to subscribe to the power generated by those projects. Right now interested people would pay an upfront cost as you would if were installing a home system. But, eventually this shared program should transition into a pay-as-you-go model. Energy from the first small project should be available later this year.

"We're not going to bother with this if we can't save people money. I'll just say that straight out. I'm looking to save people a minimum of 10-15 percent and we're going to find ways to do that or we're not going to do it," said Adam Flint of the Binghamton Regional Sustainability Coalition.

Southern Tier Solar Works will hold a series of workshops on shared solar, starting on September 20th at the Lost Dog Cafe in Binghamton.