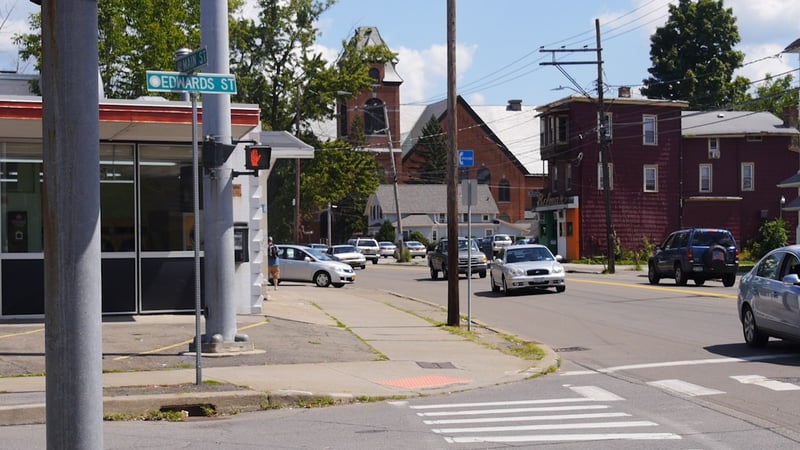 Early Friday morning police arrested a Binghamton man after a meth bust at the corner of Main Street and Edwards Street in Binghamton. It's an arrest that has raised concerns among neighbors.

"Nothing really shocks me anymore," said Cierra Shady, a resident on Edwards Street.

"There's drugs and violence everywhere you go. What did surprise me is that someone was walking around with a backpack with something that could explode."

Shady lives right across the street from the corner where police say they discovered the man carrying a mobile meth lab in his backpack.

Police arrested 32-year-old William Haight for an outstanding warrant for menacing that was issued by the Village of Johnson City Court. That was when police say they found the mobile meth lab, and recovered six ounces of meth oil.

"You could be walking down the street and meth is very explosive and there could have been a lot of people hurt," said Shady.

"It could be flammable, poisonous, many different ways and now people are able to carry that with them and it's a very difficult thing." he said.

"The cleanup is very expensive."

Binghamton Police officers and the NYSP Contaminated Crime Scene Emergency Response Team (CCSERT) blocked off the intersection where the meth lab was seized for five hours while they collected evidence and made sure the area was safe.

In a statement, Binghamton Police Chief Joseph Zikuski said, "Individuals who engage in this type of illicit activity pose a real threat to public safety and we are committed to ridding them from our neighborhoods."

Shady said residents can play a role in keeping the neighborhoods safer too.

"I think just keep your eyes open, that's all you can really do," she said.

"Keep your eyes open for any suspicious activity and let them know."