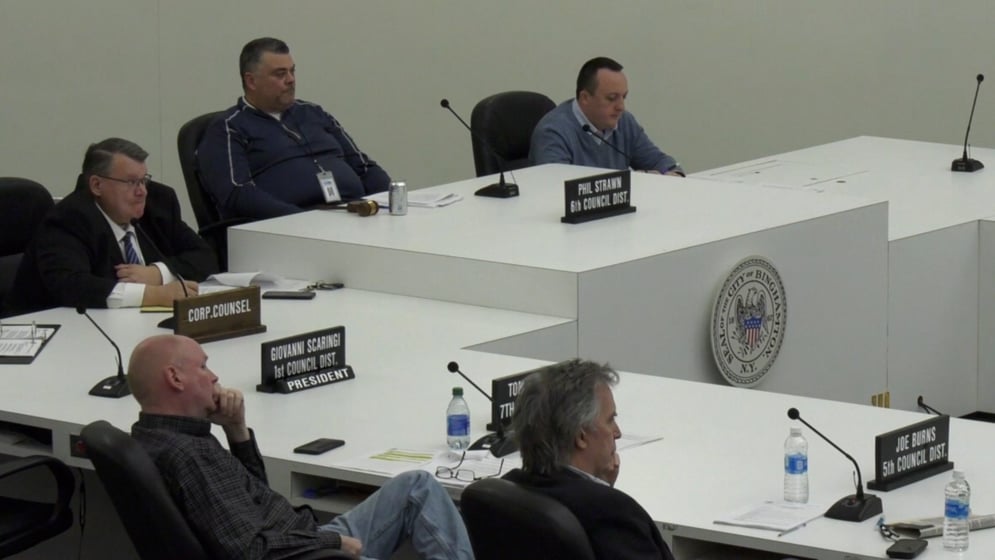 On Monday, Democratic City Council Members, Joe Burns, Aviva Friedman, and Angela Riley, proposed to enter into an agreement with a third party to investigate police use-of-force, in regard to the incident involving Binghamton Police Officer Brad Kaczynski, on New Year's Day.

The Democrats' proposition comes just days after the Attorney General's office announced it's own investigation into the incident, which involved Officer Kaczynski kneeling on the neck of 24-year-old Hamail Waddell, during his arrest in the early morning hours of January 1st.

Mayor Jared Kraham shared his thoughts on the council members' desire to proceed with another third party investigation on Monday morning:

"You will not find a more independent, outside party than the office of Attorney General, not only are they separate from the city, but they have the authority, and power through legislation by the State of New York, to do these sorts of things," stated Kraham. "So I view it as a moot point, there's not going to be support on City Council to get something like that passed, but again I think the most important part is we don't want to do anything to undermine the integrity of the fact-finding process."

Kraham added they do not have a timeline with the Attorney General's investigation, or the internal review by Binghamton police --however he did add the findings will be communicated amongst the parties and released together.