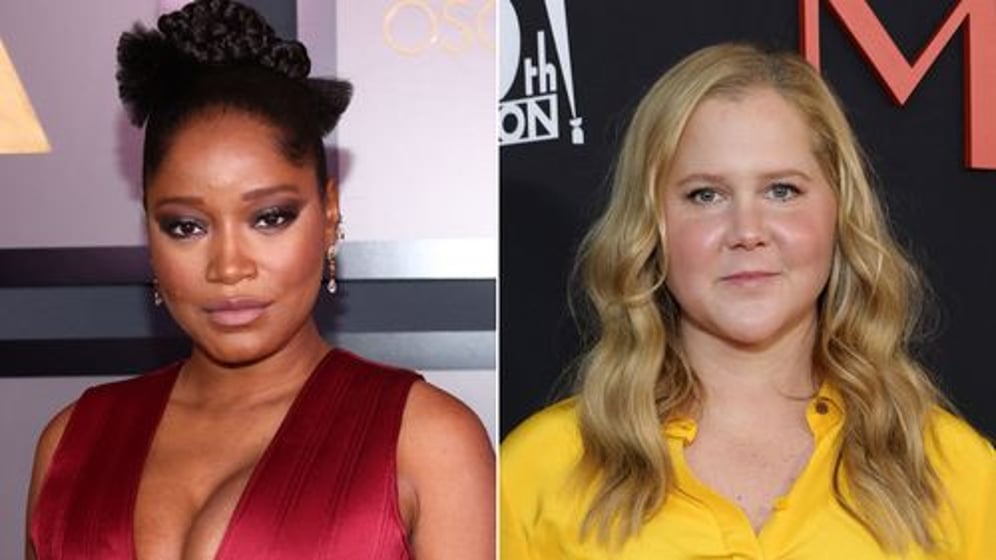 Keke Palmer is set to host "Saturday Night Live" for the first time on Dec. 3, alongside musical guest SZA.

While the "Nope" star has been acting since childhood, "SNL," she said, is a "unique experience" that Amy Schumer has been helping her prep for.

"I'm thrilled to the moon. I just can't wait," Palmer told CNN in a recent interview. "I know it's gonna be so much fun. I'm really excited about it and just looking forward to doing it. I think it's gonna be a unique experience, but also some familiar territory. And then it'll just be fun seeing how they do it, you know, on their side of it. Because I love sketch."

"Amy [Schumer] actually talked to me about it and was walking me kind of through the whole thing," she added.

Palmer said she's looking at the hosting gig as kind of a "Broadway-ish" performance.

"I just wanna entertain, y'all and let's have a good night," she said.

As an entertainer since childhood, Palmer knows she is having a moment right now, but said she keeps her first planted firmly on the ground because she's seen the ups and downs of Hollywood first hand.

"You know, the entertainment industry is funny that way. There will be moments in your life where everybody is just thinking about you and everything is always so exciting, and then it'll be chill and then it won't be as trendy or won't be a moment," she said. "I definitely do feel like there's a bit of a trendy moment that's happening [for me] and it's fun and it's exciting and I'm just loving to be able to continue to explore different avenues of entertainment ... No moment lasts forever."

Palmer's star rose even higher over the summer with the release of director Jordan Peele's "Nope," which he wrote with her in mind.

She said it was an "insane" call to get.

"Jordan is just such a talented person and somebody I always wanted to work with again after I did 'Key & Peele,' and seeing how he has continued to evolve as a creator," Palmer said, adding, "Then I read the script, I love the character. I love the world of sci-fi and adventure, but then I was like, man, this character is so unique. It's such a rare combination that you get to play as a woman. That was such a cool arc that I was going to get the opportunity to go through from comedy to drama.

Palmer said she hopes to work with more directors.

For now, Palmer will be happily at home in Chicago with her parents for Thanksgiving. She has a current partnership with McCormick seasoning and said she even brings the company's TEN spice box with her when she travels.

"There's no reason for me to go to nobody's house this holiday and for the them to not know how to spice up their food," she laughed.

She won't have that problem at home, however. Palmer said her dad does all the cooking and she gets a break.

"I'm rested and getting away," she said.