How political candidates are targeting you on social media based on your music tastes, shopping habits and favorite TV shows 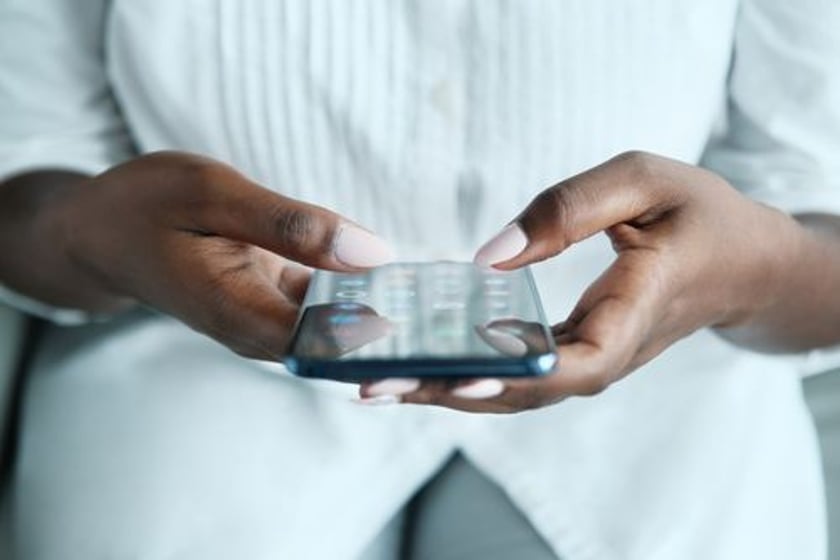 And Michael Bennet wants to reach people who like Taylor Swift and Lizzo -- while avoiding devoted listeners of Jason Aldean.

Candidates in some of the highest-profile midterm races are using Facebook and Instagram ad targeting to aim messages at voters based on their music tastes, sports fandoms, shopping destinations and television habits, a CNN review of data from the social media platforms found.

The data, which Facebook parent company Meta has started to make public in recent months, provides a snapshot into how political campaigns are slicing and dicing online groups of voters based on very specific interests. And it's a sign that as America grows more politically polarized, the candidates are using cultural icons as proxies for politics.

"There are very few things in American culture, whether it's media organizations or music groups or brands, that do not have some kind of political association," said Samuel Woolley, a University of Texas at Austin professor who runs the school's Propaganda Research Lab. "Political campaigns are using that to their advantage."

The tactic is made possible through a service that Meta calls "Detailed Targeting." It allows political campaigns and other advertisers to show their ads to people who share specific interests, or make sure people interested in certain topics aren't shown their ads. Facebook determines whether a user is interested in a topic based on the ads they click and the pages they engage with, according to the company.

It's long been a routine practice for political campaigns to use this interest-based targeting for Facebook ads. But starting earlier this year, Meta blocked advertisers from targeting users based on their interests in social issues, causes or political figures, saying it was removing options for "topics people may perceive as sensitive." The change eliminated the ability to target ads at people interested in climate change or Second Amendment rights, or former presidents Barack Obama or Donald Trump, for example.

In the wake of that change, political strategists say, campaigns have been turning to pop culture as a stand-in for politics when they're trying to reach certain groups of voters.

"It requires us to do some more research and have an understanding of who these audiences are -- what types of music are they listening to, what types of TV shows are they watching," said Eric Reif, an executive at the Democratic political firm Blue State. That can involve commercial data, survey research or data from Spotify or streaming video platforms, he said.

Overall, Democratic candidates in 20 of the most competitive US Senate and governor races are using Facebook and Instagram ads far more than their opponents, spending more than $4 million for ads on the platforms between mid-August and mid-September, compared to about $645,000 by Republicans.

In the 20 races reviewed by CNN for that time period, almost all of the Democratic campaigns targeted at least some ads to users with specific interests, while fewer Republicans did. Many candidates run hundreds of Facebook ads each month, often with differing content, and the data doesn't show which individual ads are targeted to which interest groups. That makes it difficult to say how exactly campaigns are tailoring their pitches to different groups of voters.

But many of the campaigns' most common targets involve brands that are stereotypical stand-ins for political leanings: Several Democrats aimed for people interested in NPR and Whole Foods, while NASCAR and Cracker Barrel were popular options for the GOP.

The North Carolina Senate race offers perhaps the starkest contrast in targets. Democratic nominee Cheri Beasley aimed ads at users interested in PBS and the New York Times Book Review, while her GOP opponent Rep. Ted Budd targeted Barstool Sports and the Hallmark Channel. Beasley excluded those interested in the musician Ted Nugent or the podcaster Joe Rogan from seeing some of her ads, while Budd specifically targeted ads to fans of the two men.

Rogan, a controversial figure who's popular on the right, attracted more attention from campaigns targeting Facebook ads than any other interest topic in the period analyzed by CNN. Nine Democratic campaigns excluded those interested in Rogan from receiving some of their ads.

But in an apparent sign of how he's reaching out to nontraditional voters, Fetterman, the Democratic Senate nominee in Pennsylvania, took the opposite approach, with his campaign specifically targeting some of its ads at Rogan's fans. (Beto O'Rourke, the party's nominee for Texas governor, also ran some ads targeted to people interested in Rogan, along with other ads excluding them.)

Megan Clasen, a partner at the Democratic political firm Gambit Strategies, said that more broadly, interest-based targeting is most effective for candidates who are trying to reach people who already support them.

"It works very well for a fundraising or list-building campaign, where you're really trying to hone in on a smaller audience," said Clasen, who is working on multiple midterm races. "But when we are trying to persuade voters, we don't want to exclude too many people and leave votes on the table."

The targeting data shows a wide variety of approaches. Rubio, Florida's senior senator, was one of the most active GOP users of interest-based targeting: More than 85% of the Republican's Facebook ad spending was for ads targeted to users interested in a long list of topics, from college football to deer hunting to Southern Living Magazine.

Some of the ads from Bennet, a Democratic senator representing Colorado, were particularly attuned to voters' playlists. His campaign has targeted people interested in Swift, Lizzo, Lady Gaga, and Beyoncé, while excluding those interested in the country singer Aldean. The Bennet campaign also targeted devotees of Reggaeton and Latin pop music -- as well as more general topics like "Spanish language," "Culture of Mexico," and "Latin American cuisine" -- in an apparent bid for Latino voters. (Bennet's campaign didn't respond to a question about how the ad targets compared to the senator's own tastes in music.)

Other candidates' targets seemed more head-scratching. Nevada Sen. Catherine Cortez Masto's campaign prevented some of its ads from being shown to people interested in Saturday Night Live or the show's former cast member Kate McKinnon. O'Rourke's ads were aimed at those with a diverse list of interests, ranging from BirdWatching Magazine to One Direction to "drinking water."

While Meta doesn't allow candidates to target users based on their race or ethnicity, they are allowed to target by gender, age, and location. Several Democratic candidates, including Govs. Steve Sisolak of Nevada, Tony Evers of Wisconsin, and Gretchen Whitmer of Michigan, targeted a significant portion of their ads specifically to women.

And Fetterman, who has repeatedly bashed his opponent, Mehmet Oz, for his previous New Jersey residency, used targeting to exclude people in the Garden State from receiving a handful of his ads.

Facebook's interest-based targeting isn't unique -- it's part of a larger trend in the political campaign industry to pick out ever more precise groups of voters. Meta allows campaigns, for example, to upload lists of phone numbers or email addresses of specific people who they want to see their ads. And newer technologies tailor ads on streaming video and other platforms based on hyper-specific geographic and demographic data -- so even neighbors watching the same show could be seeing different political messages.

Experts said that the use of this kind of targeting raised important questions about data privacy and user consent. Woolley, the UT-Austin researcher, argued that Meta should put even more restrictions on how campaigns can target users.

"People's data is being used without their consent to put them into a box and try to manipulate them into not just buying something, but voting for a particular person or changing their beliefs about a particular issue," Woolley said. "People have a reasonable expectation to be able to engage in specific interests without being wantonly targeted by political campaigns because of that."

Users can change their Facebook settings to opt out of interest-based targeting for individual topics. But most people likely have no idea that they're seeing certain political ads because of their interests in a band or TV show, Woolley noted.

And Damon McCoy, a New York University professor affiliated with the research group Cybersecurity for Democracy, said that campaigns were using interest-based targeting "as a proxy for targeting a specific demographic that Facebook forbids expressly targeting," such as race or ethnicity -- essentially a loophole to the platform's rules.

Meta spokesperson Ashley Settle said in a statement that the company routinely updates and removes targeting options to improve the advertising experience and reduce the potential for abuse.

"We want to connect people with the candidates and issues they care about, while also giving them control over the ads they see," Settle said. "That's why we allow people to hide ads from advertisers or choose to see fewer ads about certain topics, such as politics."

The main reason interest-based targeting is successful for political campaigns is because the US is so politically polarized, with many cultural indicators associated with political leanings in a way that they might not have been a few decades ago, experts said. Even some of the strategists who use social media targeting admit they're concerned by what the tactic says about American culture.

"It's definitely alarming that people are so polarized now that you can know a lot about somebody's lifestyle habits just by whether they're Democratic or Republican," Clasen said.

See how advertisers are targeting you

To see which interests advertisers can use to target you, go to Facebook's ad topics settings page (only accessible while logged in). You can choose to "see less" ads related to specific targets, which prevents advertisers from targeting you based on that interest. You can also click the "..." in the top right corner of any Facebook ad and select "Why am I seeing this ad?" to learn about targeting information for individual ads you're shown.