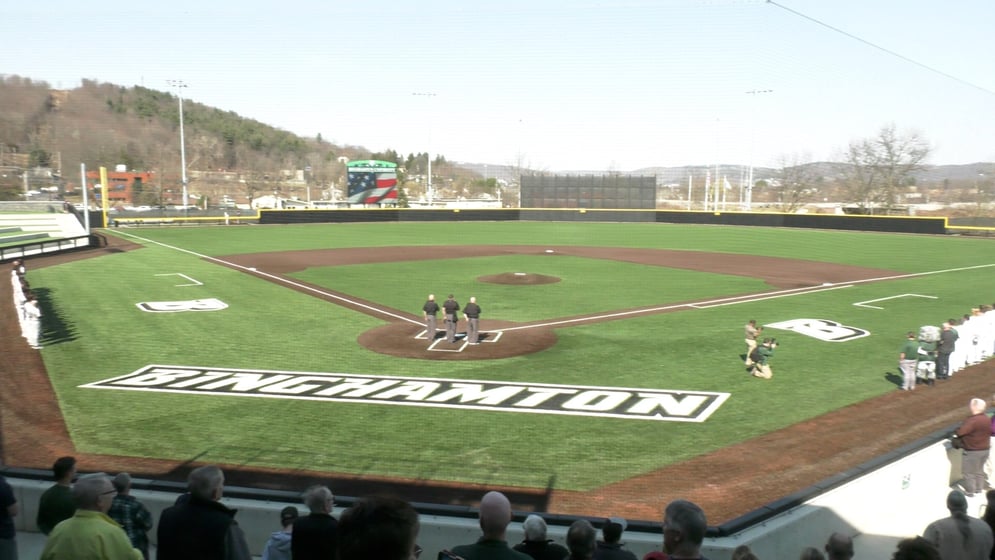 The Binghamton University baseball team received one of the best complexes in the northeast this past year and even won the America East in the same season. Now that complex will be even busier in the postseason.

The America East announced the Bearcats Baseball Complex will be host to the America East Championship this upcoming spring. The four-day tournament begins on May 24th and will play through the 27th. Six America East teams will qualify and the winner will earn an automatic qualifier into NCAA regionals.

The $60 million facility opened up last March and nearly reached 2,000 fans during its grand opening. The tournament also welcomes a new format as the first two games are now single-elimination and after two of four teams advance, the top seeds and remaining winners will head into a double-elimination bracket. This is the fourth time the Bearcats will host the tournament with 2019 being the most recent. Last year, bu was undefeated in the tournament at Maine.

This was the scene at The Bearcats Baseball Complex Grand Opening this past April: