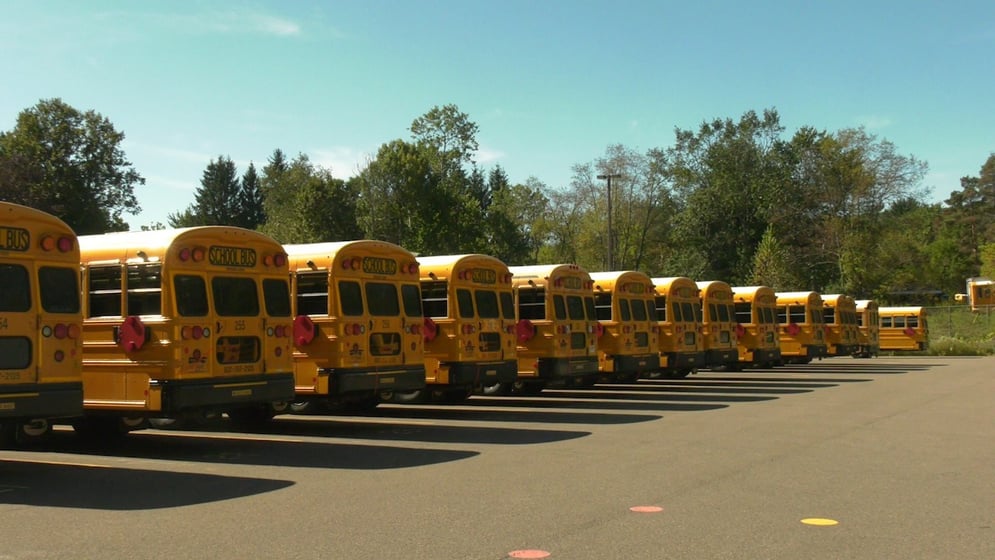 The last three years have seen downward trends of able school bus drivers in the state. This shortage has had dire effects on school districts in the area.

On Monday morning, Governor Kathy Hochul addressed the shortage of school bus drivers in the state and is starting to take steps in getting more licensed people taking kids to and from school.

"When push comes to shove, anybody that has a license is out there driving a bus," said Lisa Bennett, Supervisor of Transportation Union Endicott CSD. "That means your mechanics are driving, and your supervisors are driving so on and so forth."

In some districts, numbers have gotten to the point where they have had to call mechanics, supervisors, and volunteer firefighters to drive a bus. Districts have tried different methods to cope with the lack of drivers. For example, Johnson City School District has changed its daily bus routes to compensate for the lack of drivers. Director of Transportation for Johnson City School District Louis Castellucci says:

"We learned from COVID. We did different things last year than we do normally. So we did this year we change our bell times in our schools, and so we created a third them in the morning and in the afternoon, which put fewer kids on buses and created them for fewer drivers."

The shortage is at an all-time high; all school districts in the area are actively recruiting bus drivers through social media, signs in front of bus stations, and getting creative like Johnson City, which puts a school bus in front of Oakdale Mall.