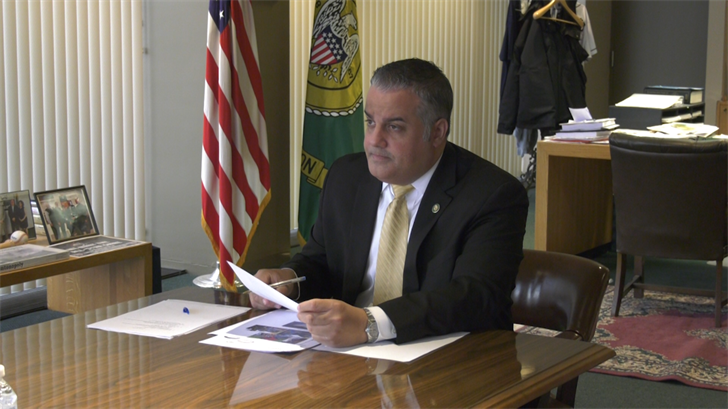 Mayor Rich David is encouraging eighth-graders around Binghamton to think about what they would do if they were mayor for the day.

The "If I Were Mayor" essay contest is being run by the New York Mayor Conference of Mayors (NYCOM).

It's for 8th graders to pick one thing about the city and explain how they would change it over one day as mayor.

The contest encourages not only grammar and writing skills but also creativity and critically thinking about local government.

It also gives those students a chance to be heard by the local government.

Mayor Rich David said "Sometimes constituents don't make their voice heard because they don't think anyone is listening... And so for me,

it's very important for students and all the citizens of Binghamton to know... That I am listening and what you have to say matters... And this is a really neat way for students to get their ideas down on paper and to help build or advance a really interesting initiative in their respective community"

This is the fourth year that NYCOM is running the competition and the winner will receive 150 dollars, with second and third getting 75 and 50 dollars.