Taylor Garbage Vows To Rebuild Recycling Facility, To Charge Fee For Recycling Pickup In The Meantime 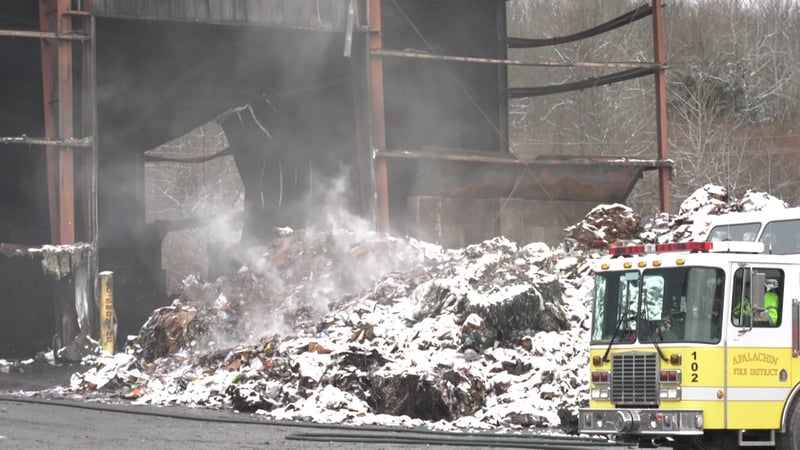 Just over a week since a fire ripped through the Taylor Garbage Recycling facility in Apalachin, the company says they're vowing to rebuild.

In a press release sent on Monday afternoon, the company says they will need to charge a fee for recycling as they no longer have access to their own equipment and have to pay to take it to other facilities.

On an interim basis, STR will be charging a fee to accept recycling until the new facility is open.  However, other recycling plants in the Northeast like STR are currently charging between $100-$135 per ton for processing only.  Should STR not reopen and no other facility with adequate capacity opens in the area, residents of the Southern Tier area could find themselves paying $160 to $200 per ton to have the recyclables used again.

When asked how much the fee would be for customers, a representative told Fox 40 company leadership is still figuring that out, but stressed the fee is only temporary.

The fire broke out in the 30,000 square foot facility on January 3rd. Taylor Garbage representatives say it is believed the fire started due to a cell phone battery. The recyclables acted as fuel, spreading the flame and rendering the building a total loss. The company estimates it will cost them about $5 million to rebuild.