Wings Of The Week: House Of Reardon 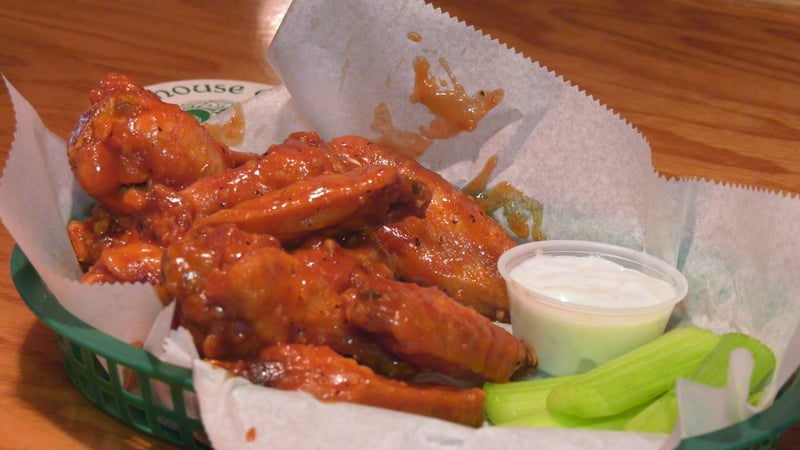 When House of Reardon isn't making hundreds of corned beef cabbage dinners around St. Patrick's Day, they're making all types of food -- including wings.

“I always think of my dad first because he was the one that really used to get upset over the price of chicken wings," said owner Bob Norris.

Norris' father was a butcher and owned a local grocery store, who used to give away wings to ladies in the neighborhood for soup.

Now, Norris has thinks about wings in a different light, after holding wings nights and creating recipes throughout the years, such as creating the house sauce with friends Heather Guido and Linda Trusky.

“Heather started putting this sauce together and we thought wow this is really tasty," said Norris.

The house sauce is sweet with a hint of garlic, and has become one of the bar's most popular sauces.

When Norris took over House of Reardon around 20 years ago, the place was just a bar. Since then, the restaurant has grown include banquet space, a picnic area, and expanded the menu by adding other wing flavors like General Reardon's -- another sweet sauce with a hint of soy and chili.

However, if it wasn't for the people, Cook Matt Limbert says the restaurant could not grow.

“There’s so many good people that come into this place and spend time here, help us out, help us grow," said Limbert.

You can try House of Reardon's wings on the corner of Ely and Grant in Binghamton.