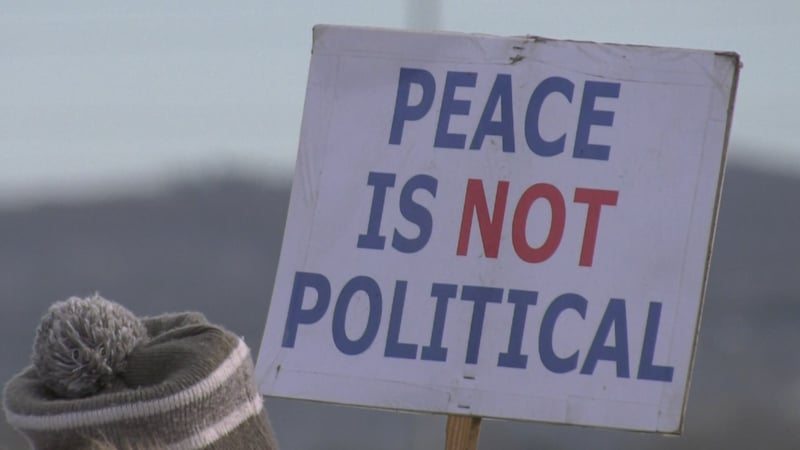 Around 40 protesters lined Vestal Parkway on Thursday with signs saying "Honk for Peace" and "Fight Climate Change, Not Iran" after conflicts between the U.S. and Iranian governments in the past week.

Groups gathered across the nation to protest a possible war with Iran after the killing of Military Leader Qasam Soleimani and the retaliation of Iran shooting over a dozen missiles at two Iraqi bases with U.S. troops.

“We’re out here protesting no war with Iran, but we want no wars with any country," said co-lead of Indivisible Binghamton Lori Wahila.

“There’s real people’s lives at risk here and not just our own troops, but all the Iranian people and so many other people in the countries of the Middle East that we have already done so much damage," said Jim Clune with Peace Action and Veterans for Peace.

Protesters like Clune and Wahila do not believe the conflict is over.

“It’s not over, and it’s not to say that I don’t think they might bomb us anymore but there’s many other ways that they can hurt us," said Wahila.

Wahila is worried that there are other ways Iran will retaliate with tactics like cyber warfare. The worry hits close to home after Iranian hackers with ties to the Iranian government were charged in 2016 after infiltrating the Bowman Avenue Dam in Rye Brook, NY.

"I dont think the next war is going to be a traditional war," said Wahila.

No matter the conflict, the bottom line of it all -- peace.