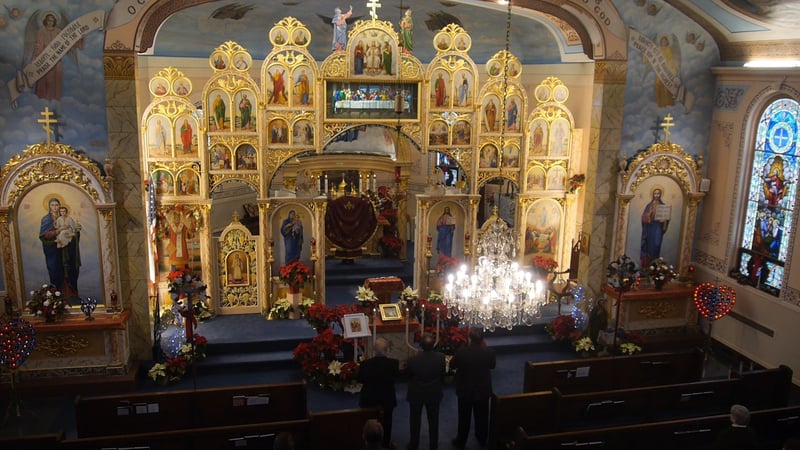 On Tuesday morning, parishioners at Saint Mary's Orthodox Church in Endicott attended Christmas mass. Saint Mary's is one of many Orthodox churches recognizing the birth of Christ on January 7th.

Father Nathaniel Choma of Saint Mary's explains that the two dates for Christmas are due to a switch in calendar systems back in the 1700s.

"In all of the west, we see that on the 25th, but a lot of our churches, at least in the Carpathian Russian tradition of Orthodoxy celebrate it on the 7th in what is considered the old calendar," says Choma.

"Once everybody has the celebration on the 25th and gets presents and whatnot out of the way, it's really nice to have such a spiritual anchor at the like real end of the season here where the Christmas feeling might be gone in the rest of the world, but we still have that that we're holding onto and it's really a peaceful thing to be a part of," says Choma.

Saint Mary's parishioners spent the morning in prayer and song.