POLICE: Vehicle Taken "Without Owner's Consent" and Crashed Into Town of Union House 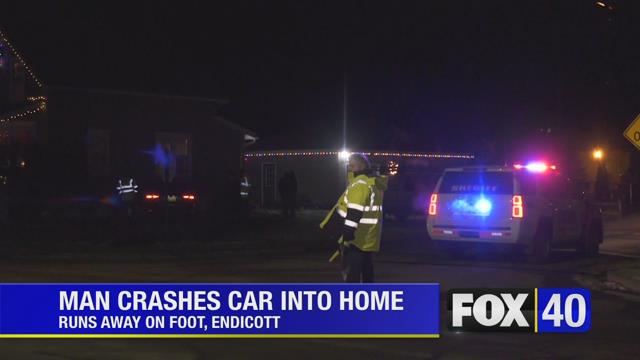 Police are looking for a man they say took a vehicle that wasn't his and crashed it into a house on Maple Street in the Town of Union. The crash happened around 8:30 p.m. on Sunday night.

The Broome County Sheriff's office says the 2016 Ford Focus was traveling at a high rate of speed when it struck the residence at 638 Maple Street. No one inside was injured. Police say the driver fled on foot. According to initial scanner reports he left his shoes behind in the road.

In their investigation, Broome Sheriff's deputies found the vehicle was taken "without the owner's consent" from a residence at 117 Fillmore Ave in Endicott.