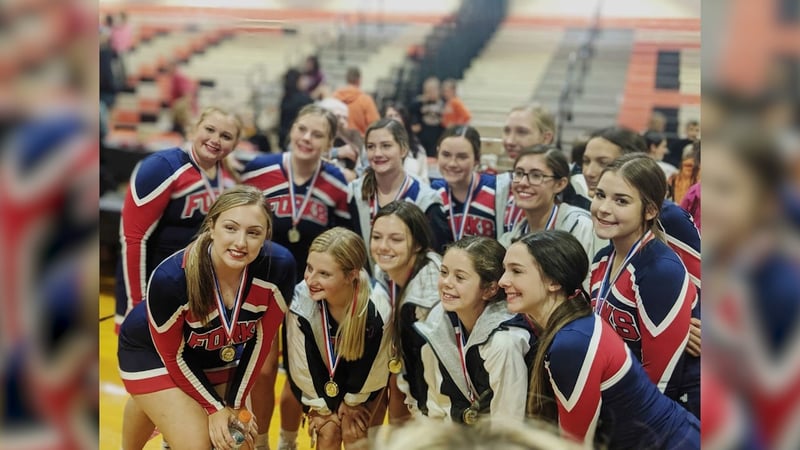 After months of training and competing, the Chenango Forks Cheerleading team is heading to the UCA National Cheerleading Championship in Orlando, Florida next month.

The journey to make it to Orlando started last fall, when the team came in first place at the STAC Competition. While it felt like a sweet victory for the squad, their hard work was far from over.

“They had three weeks to learn a routine, put it together, learn a new dance, jumps, and then compete at a regional level.” Says Head Coach, Kody Smyder

And compete they did, as the squad traveled to Nassau Community College on Long Island, they placed high enough to be recognized as an elite squad, and earned a bid for a spot at nationals.

“It’s just really exciting cause you see all of your hard work come out.” Says Tierney Daniels, Chenango Forks Sophomore

“And it’s the first time for Chenango Forks Cheer to really get anything, so it’s really exciting that we’re the ones to do it.” Says Elizabeth Dejong, Chenango Forks Senior.

The trip to nationals does not come cheap, as the squad has to raise around $20,000 dollars just to get to the four day competition. With the help of fundraisers and a strong community backing them up, the team believes they can get there.

“I feel like the Forks community, they always help out with anything, they’re always supporting all of the sports.” Says Dejong and Chenango Forks Senior Lexi Patrillo.

“We’ve had great community support, we have the schools support throughout this whole journey.” Says Smyder

An opportunity like this goes along way for this squad, as it’s a chance to show just how far they have come in just a few short years.

“A few years back we were not a good team at all, getting last place at competitions, getting boo’d off and stuff. Now we’ve worked, like all of the girls that came in, even like past seniors that graduated, we all came in and worked really hard to get this name for ourselves.”

If you would like to donate to the team and help them get to Orlando next month, you can visit their GoFundMe page by clicking here.

The team is also hosting more fundraising events including a Brunch Fundraiser on Sunday, January 12th at Beer Tree Brew Co. in Port Crane, NY from 10-2, and also one at Lippy's Bar & Restaurant in Greene, NY on Saturday, January 18th.